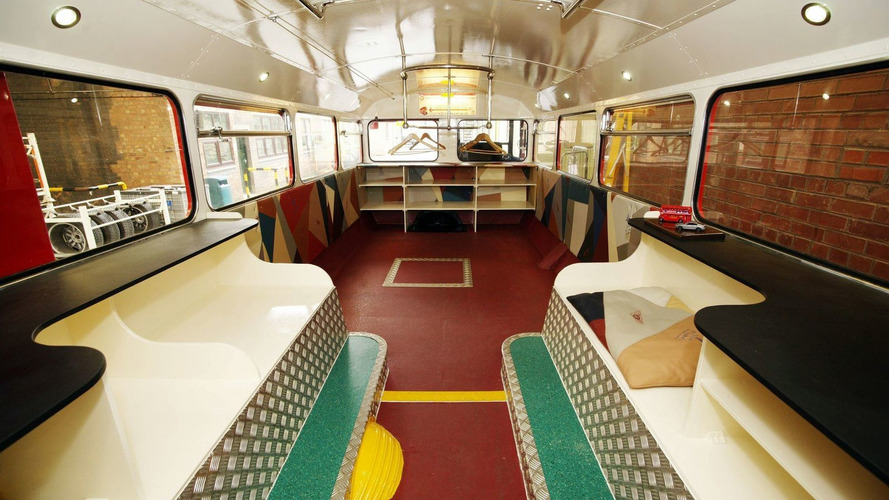 A former London Routemaster bus has been turned into a luxury coach named Luke. The bus which needed extensive restoration was acquired by the Winsford, Cheshire-based St Luke's hospice earlier this year. Those responsible for the final product were 59 workers from the Bentley factory in Crewe. Bentley has been supporting the hospice for the past three years.

It took the workers 2,000 hours to complete their latest creation. Lots of Bentley-typical features including hand-stitched leather with St Luke's and Bentley logos were fitted. Other useful bits are the bespoke work surfaces, rails, kitchen unit and shelves as well as the "used ticket" bin utilised by Routemaster buses which is now converted into a donation bin.

"Many of our associates have accrued time as the global downturn forced us to reduce production and shutdown for a number of weeks earlier this year," said Doug Dickson, board member for manufacturing at Bentley Motors.

"We offered the team the opportunity to use some of their downtime to help the hospice and were overwhelmed with the response. Rather than stay at home, so many skilled Bentley team members volunteered to help St Luke's. The result is a vehicle which combines the best of British luxury craftsmanship and manufacturing skill within an historic vehicle which is a symbol of British transport. We hope it helps make a difference here, in our local community," Dickson concluded.

"Bentley's support has been invaluable to us over the past three years," St Luke's corporate fundraiser Karen Burns said, "and we are astounded by our new community bus. This is a world-first, a community charity bus finished to Bentley standard, with plush leather interiors and Bentley wings on show to promote our relationship with the organisation."

Big Luke will be used as a travelling shop to raise funds and awareness for the hospice.