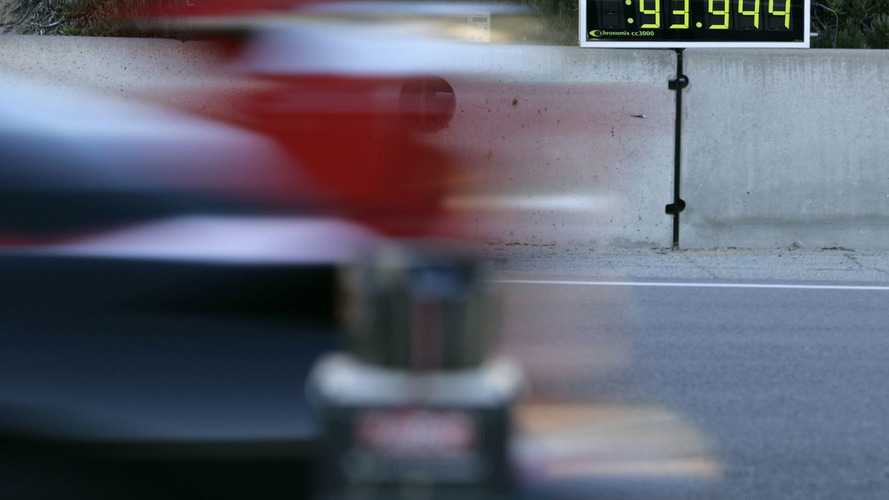 Dodge has announced the 2010 Viper ACR (American Club Racer) has reclaimed the production car lap record at Laguna Seca, ahead of the car's unveiling at the Los Angeles Auto Show.

Driven by engineer Chris Winkler, the Viper SRT10 ACR set a lap record of 1:33.915 (1:33.944 - as unofficially recorded by a trackside clock). This means the car traveled around the 2.238-mile track 1.1 seconds faster than the previous production car record holder, the Devon GTX.

According to Winkler, "It was definitely exciting but a somewhat uneventful lap overall from behind the steering wheel. The Dodge Viper ACR has amazing power and handles like a dream, so following my first practice here last month, I came away pretty confident that we'd be able to set a new record."

Boasting a massive 8.4-liter V10 engine, with 600 horsepower and 560 lb-ft of torque, the Viper ACR accelerates from 0-60 mph in less than 4 seconds and has a top speed of 184 mph. Updated for 2010, the car features a shorter fifth gear ratio, a new short-throw shifter, and a revised rear wing. Other goodies include aluminum control arms, a KW suspension with two-way adjustable competition coil-over shock absorbers, two-piece slotted StopTech brake rotors, and an optional Hard Core Package with a track-oriented suspension and an 80 pound weight reduction (compared to the standard Viper SRT10).

With the Viper entering its final year of production, only 500 models will be built. Despite this, Dodge's President and CEO, Ralph Gilles, stated "We're going to keep Dodge's performance icon alive and well by not only producing some of the most special Vipers ever built, but we're also investigating what the next-generation Viper is going to be." He added "When we have partners across the ocean who are known as the best sports carmakers in the world, the future opportunities are huge."