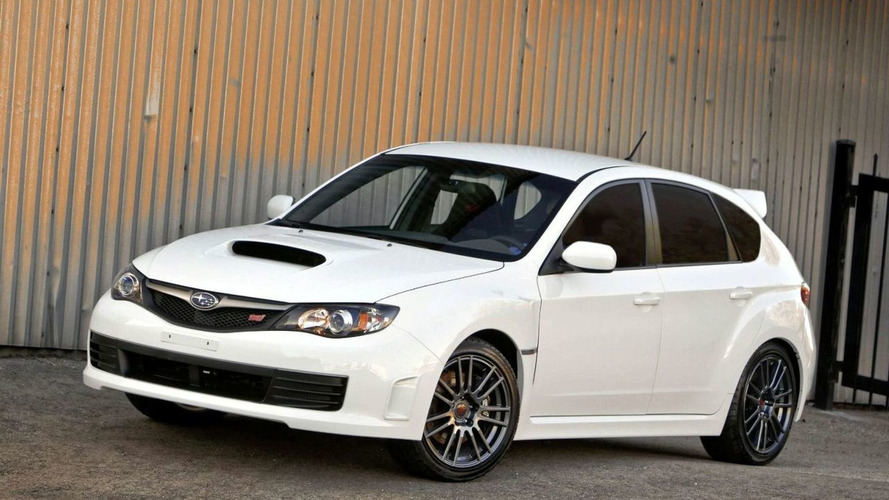 WRX STI Special Edition comes with a stiffened, high-performance suspension. Only 125 units will be initially available next spring, each in Aspen White with charcoal colored 18-inch rims.

Subaru will be debuting the 2010 Impreza WRX STI Special Edition at the Los Angeles Auto Show next month.

Initially, only 125 units of the WRX STI Special Edition will be made available, each dressed in Aspen White with charcoal colored 18-inch rims. The model will go on sale next spring.

Under the hood, though, will be the same 2.5 liter turbocharged Boxer engine with 305 hp and 393 Nm (290 lb-ft) of torque coupled to a six-speed manual transmission.

Also featured will be the Driver Controlled Center Differential (DCCD) which helps manage power through the all-wheel drive system as well as a Brembo Performance Brake System to keep all those horses in check.

The WRX STI Special Edition will become a standard production model later in 2010 and will then be available in an assortment of colors.