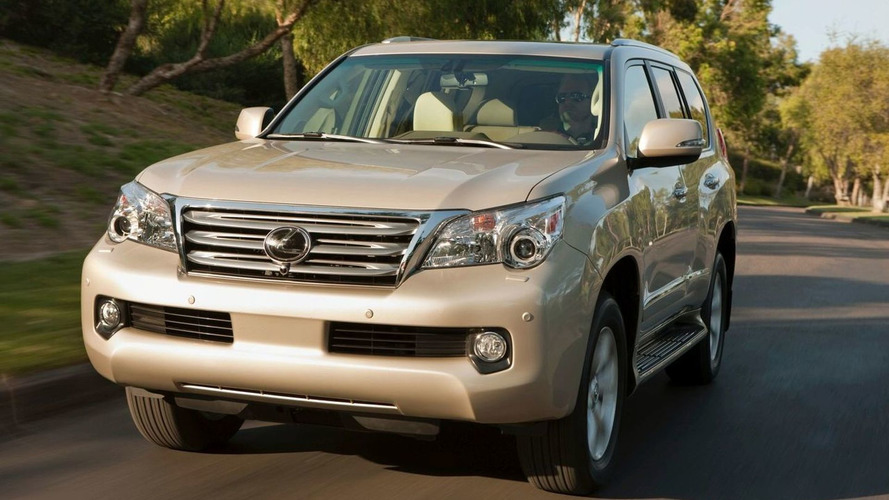 Lexus has revealed details of the new-generation GX 460 luxury SUV, also known as Land Cruiser, Land Cruiser Prado with slightly different styling, for the year 2010. The new 7-seater is powered by a new 32-valve DOHC 4.6-litre V8 engine with aluminium alloy cylinder heads and block, as well as dual Variable Valve Timing with Intelligence (VVT-i). It is more powerful, more efficient and quieter than the old 4.7-litre it replaces.

Designers did not stray far off their proven styling formula. The car is instantly recognisable and features a three-bar front grille with chrome surround, integrated front fog lamps, low-profile roof rails and running board courtesy lamps.

Lexus insists the vehicle is a proper off-road tamer thanks to several technologies. A strengthened Torsen differential distributes power 40:60 under normal driving circumstances but varies it depending on the need. Others include the Kinetic Dynamic Suspension System (KDSS) which can reduce maximum body-roll angle by as much as 50 percent, the Adaptive Variable Suspension (AVS) with three driving modes, Rear Adjustable Height Control (AHC) and Crawl Control to help the car through treacherous sand, mud or snow. It rides on larger 18-inch alloy wheels with 265/60 R18 tyres.

The interior is as luxurious as it is versatile. For instance the second row seat can slide up to 4.1 inches and is also foldable. The third row has a power fold-flat system for extra functionality.