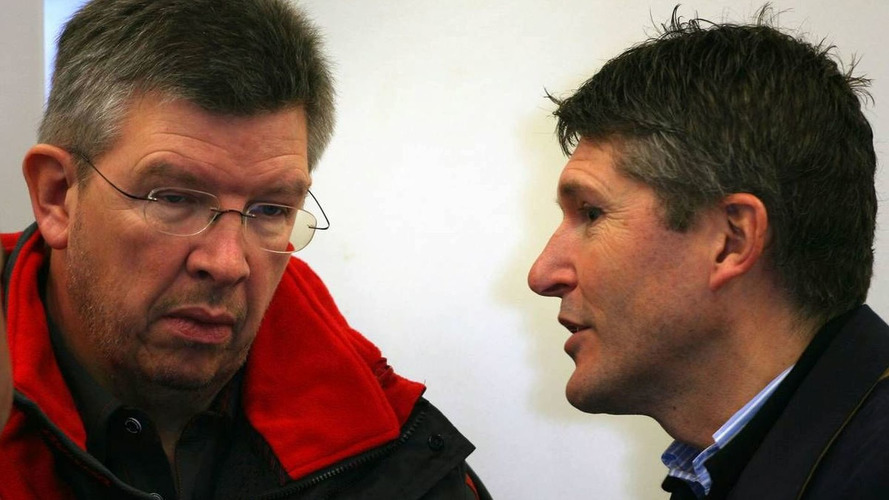 "I was very disappointed at the way things finished up with Jenson," admitted team principal Brawn to the UK newspaper Daily Express.

The parties have been locked in post-season negotiations about Button's salary for 2010, sparking waves of rumours and leaks about the purported figures involved.

Chief executive Fry said: "We offered loyalty which we hoped, perhaps naively, he would return."

"There is bravery and there is stupidity and we will only find out which it is next year," he said in an interview with the Mirror.

"We believe we made Jenson a good offer -- one that was significantly more than he is being paid at McLaren. We are all mystified by this decision.

"We think he has been badly advised and had his head turned by McLaren's glitzy headquarters," added Fry.

It has been rumoured that the situation came to a head with the announcement of Mercedes' takeover, amid speculation Button felt the team should up its offer, and rumours that the German carmaker was pushing the Briton out.

"We made him an honest offer, but without him we can start with a clean slate. We wish him all the best," Norbert Haug is quoted in the German media as saying.