Subaru Exec Hints Next WRX STI Will Be A Hybrid 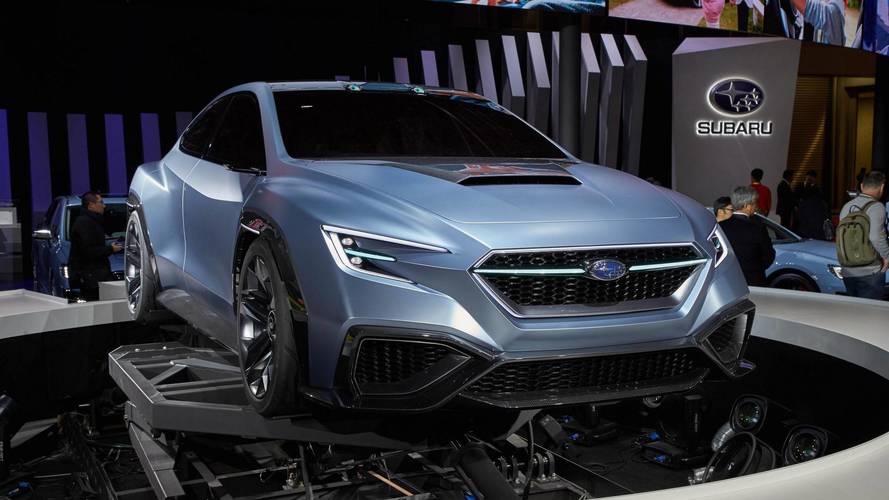 The next-generation Subaru WRX STI will lose its 2.5-liter turbocharged boxer four-cylinder engine in favor of a more efficient powertrain, which will likely force a switch to a hybrid setup. David Dello Stritto, the company’s sales and marketing manager in Europe, told Autocar the existing mill “can simply not exist in the future.”

Dello Stritto only offered vague details about the STI’s future powertrain. "Subaru is looking carefully at market developments and makes its future plan with this information in mind," he told Autocar.

However, rumors have heavily hinted at Subaru electrifying the future STI. The drivetrain would allegedly comprise a motor-driven rear axle, and a 2.0-liter turbocharged boxer engine turning the front wheels. This solution allows the company to maintain its famous all-wheel-drive setup while adapting to future efficiency regulations.

The new WRX and STI won’t arrive until 2020 and will switch to the Subaru Global Platform. With the current Impreza as a guide, the change will likely result in better rigidity and lower weight for the high-performance models.

The new design will likely takes cues from the smoother shape of the recent Viziv Performance Concept. The concept’s extensive use of carbon fiber likely won’t make it to the road, though.

Subaru recently decided to eliminate the STI from its lineup in the United Kingdom. The company says farewell to the performance model with a limited run of 150 Final Edition vehicles (above). They feature 19-inch wheels, bigger Brembo brakes, and a front bumper with a larger grille opening. Inside, there's red stitching on the upholstery and lots of high-gloss black trim.