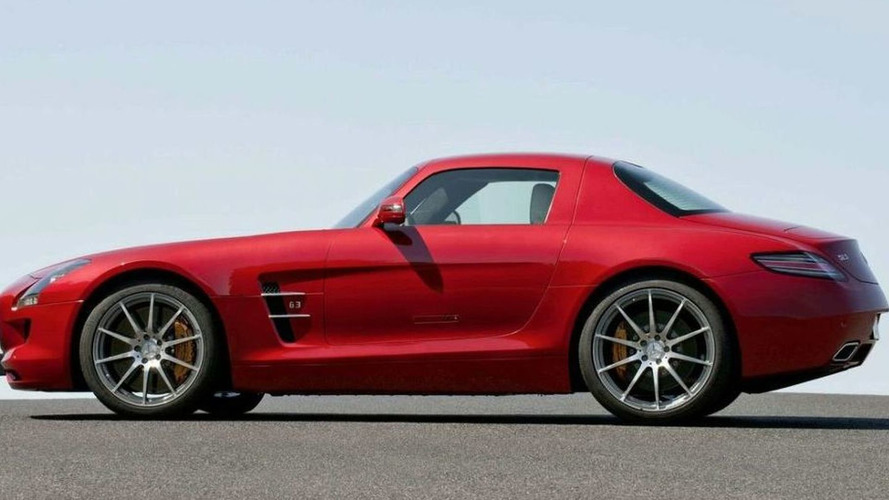 Rumours have surfaced of a smaller, cheaper Mercedes-Benz SLS AMG with no gullwing doors. A twin turbo V8 is said to supply over 500bhp.

‘Tis the season for making babies in the motor industry. Not only are engines being downscaled but entire cars are resized to fit the recession and the environment's demands. In conforming to this trend, according to hearsay, Mercedes-Benz has begun the process of developing a smaller, more affordable SLS AMG.

"Mercedes' management has been very supportive of AMG's efforts in developing the SLS," an unnamed source is quoted by Autocar. "The feedback we've received since showing the car at the Frankfurt motor show has been extremely encouraging. A second model that will project a similarly exclusive image but be more accessible in terms of its pricing is already in planning."

The speculated sports car would naturally have shorter and narrower dimensions, and would give up the expensive gullwing doors. Its positioning is said to be higher than the current SLK 55 AMG. Buyers will eventually be able to choose between a coupe and a roadster. Current segment rivals include the Porsche 911 Carrera S and the Audi R8 V8.

Power will come from the rumoured mid-front mounted twin turbo V8 with over 373kW (507hp). It will send all of that power to the rear wheels via a 7-speed double clutch and a limited differential slip. The 0 - 100km/h sprint should be around 4.5 seconds.

As a true SLS AMG brand extension the baby model will also get a fully electric powertrain like the SLS eDrive.