VW Amarok Pickup to be Official Vehicle for Dakar Rally 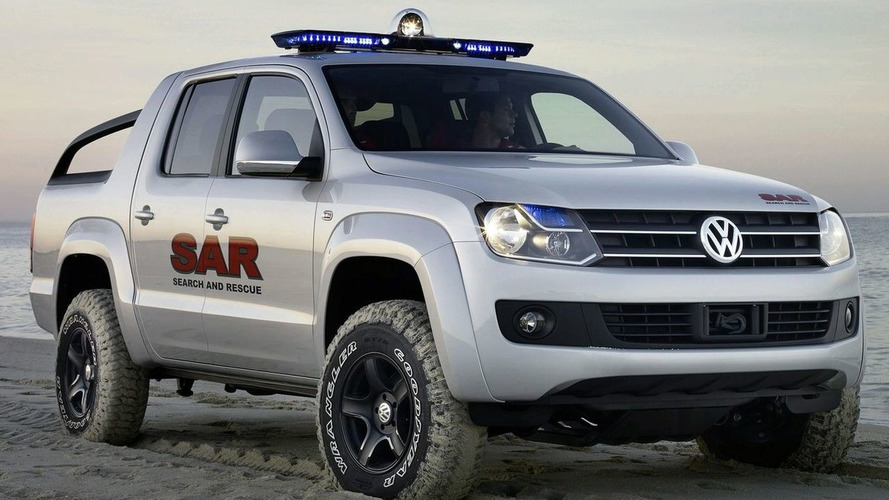 Volkswagen's upcoming Amarok pickup is the 2010 Dakar's official event vehicle. The trucks will be used for support, media and shuttle services.

Volkswagen will supply its upcoming pickup to the 2010 Dakar Rally as an official event vehicle. A total of 35 Amarok units are to be used, with 20 going to the organiser and 15 scheduled for press and shuttle services.

The 2010 Dakar takes place in South America from 1 to 17 January. It starts off in Argentina, goes through parts of Chile and ends up back in Argentina. The race course covers about 9,000km (5,592 miles).

"We are pleased to be able to use the Volkswagen Amarok as our Support Vehicle," said Kris Nissen, Volkswagen Motorsport Director, "because the Dakar Rally demands the highest levels of technical perfection, reliability and endurance - from our Race Touareg as much as from the support vehicles. The Amarok is exactly the right vehicle for our team."

The company's first large pickup will be built at VW's Pachero plant just outside of Buenos Aires, Argentina. South America will launch first during 2010, followed by Europe, Russia and then South Africa and Australia. North America has not yet been mentioned as a possible market.