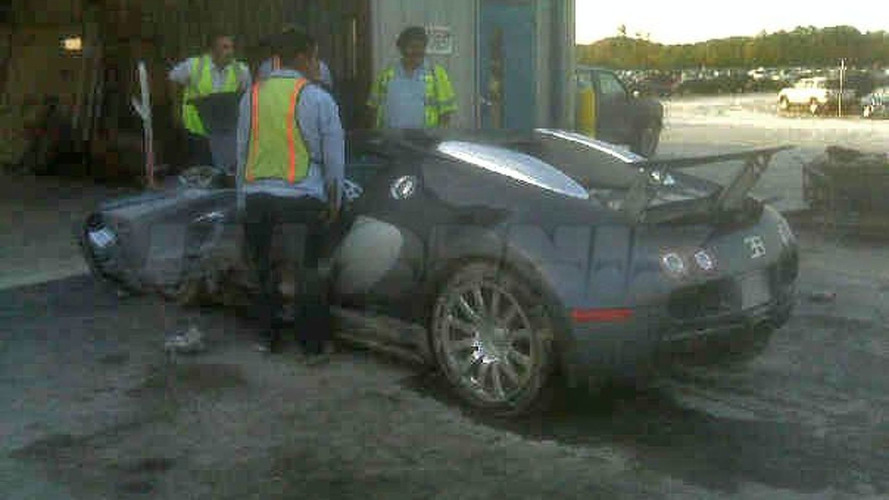 Bugatti Veyron ended up ditched in a salt-water lake in the environs of Galveston, Texas.

Here are some photos of a Bugatti Veyron which ended up ditched in a salt-water lake in the environs of Galveston, Texas just a few days ago.

WCF previously ran a video of the crashed Bugatti (which has since been pulled by its copyright owner) and at that time the proprietor of the video clip had said, rather strangely, that "this is the third or fourth Veyron crashed in the area." It is difficult to concede to the likelyhood of such a string of crashes occuring in one small corner of Texas, given that there are only about 200 units of the Veyron in circulation right now and that it's only been in production since 2005.

In any case, a $2 million dollar car is not something to so easily write-off, insurance-wise. And how this Veyron will come to be restored and perhaps once again be appraised and sold is an issue that will stay with the vehicle for the entirety of its life. Dipping a car, any car, in salt-water is just about the most damaging thing one can do. Corrosion will likely affect the engine and drivetrain work but, most insideously, may plague the electronics of this very sophisticated machine for years on end.

We await word on what the car docs can do to fix her up.

More pictures available from the good folks over at Jalopnik.