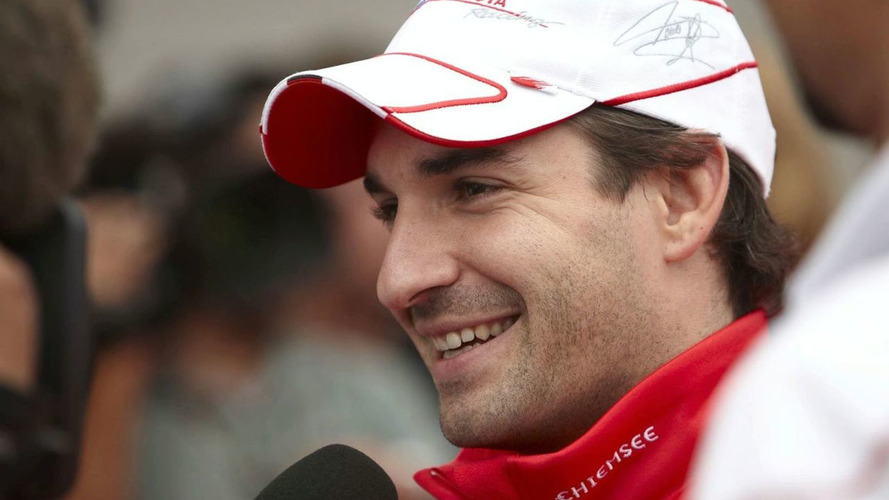 In the Abu Dhabi paddock earlier this month, it seemed the 2009 Toyota driver would almost certainly be switching to Renault to become Robert Kubica's teammate.

Timo Glock has signed to race with the new British formula one team Manor.

In the Abu Dhabi paddock earlier this month, it seemed the 2009 Toyota driver would almost certainly be switching to Renault to become Robert Kubica's teammate.

But the 27-year-old German was on Tuesday revealed as Manor's "lead" driver, having reportedly inked a two-year deal with an option to include 2012.

"I had several options for 2010, some of them with more established teams," Glock said. "The (Manor) team may be small and new but it has big ambitions and a very impressive car and development programme."

It is expected that a major tie-up with Sir Richard Branson's Virgin brand will be announced shortly.

Manor said: "The (Glock) announcement is a prelude to the official launch of the team later this year, when Manor Grand Prix expects to reveal more of its plans and car development programme."

Technical director Nick Wirth said work on the 2010 car is proceeding on schedule.

"The first fully-finished monocoque was completed a week ago, and we've been crash testing all areas of the car since May," he said. "I think we'll have the bulk of the official FIA tests done by Christmas."

Recent reports said Glock's teammate would likely be a pay-driver, such as the Brazilian Lucas di Grassi or Irishman Adam Carroll.

Wirth said it was his recommendation "that we have at least one driver with experience of the 2009 cars to help our development programme".

Timo Glock, the 2007 GP2 champion, has contested 37 grands prix for Jordan and Toyota and had to sit out the last three races of 2009 with leg and back injuries.