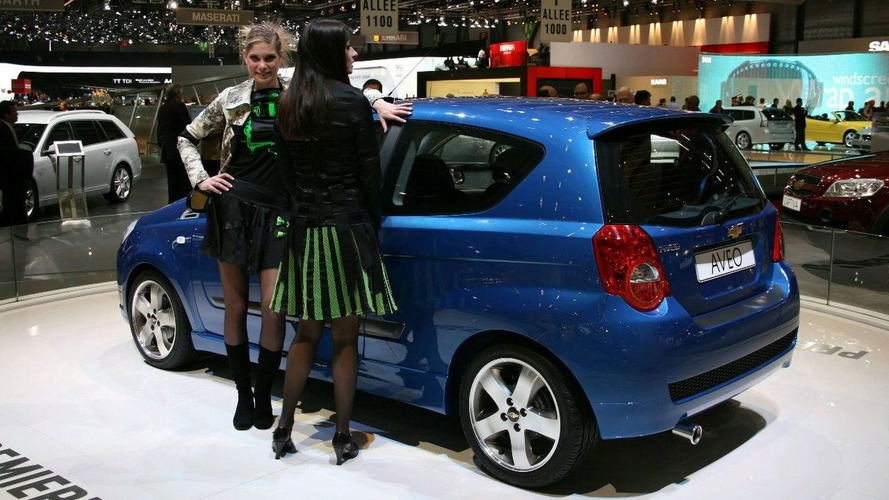 2008 Chevrolet Aveo 3-door introduced itself at the Geneva Motor Show, boasting new engines with more go. But where on earth are Beat, Groove and Trax?

Back in New York, 2007, we had our eyes tickled into submission by three awesome looking concept cars from Chevrolet; Beat, Trax and Groove. One of them got voted best after a competition run by GM, and hopes ran high that this would be a possible future Aveo. Fast forward to 2008 Geneva and those hopes are dashed.

Nothing at all against the Aveo which has been brought out in Geneva today. The car is sexy enough for a smaller vehicle, and follows the debut of the 5-door in Frankfurt last year. An entry level 1.2-litre is on offer, putting out some 84 bhp/ 62kW, which is very good for that size. The 1.4-litre has been upgraded to101 bhp/ 75kW, also punching above class-average. The new Chevrolet Aveo3-door will hit most dealer floors in June.

Back to the triplets. The one way GM can make it up to us is to produce the winning design as a separate entity, otherwise what was the whole point of that entire exercise?