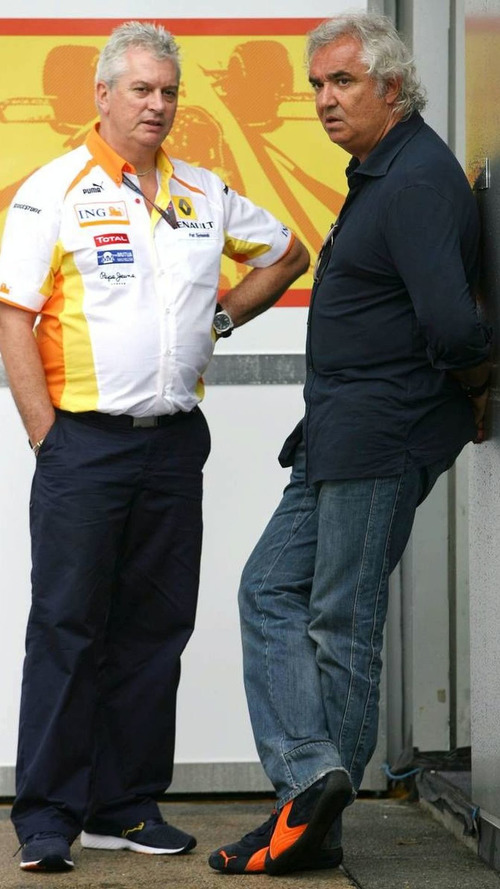 Pat Symonds is joining Flavio Briatore's appeal against his ban from motor racing, according to a British newspaper.

Pat Symonds is joining Flavio Briatore's appeal against his ban from motor racing, according to a British newspaper.

Symonds, Renault's former executive director of engineering, was banned by the FIA for five years, while team boss Briatore received a harsher life ban for refusing to acknowledge his role in the crash-gate scandal.

It emerged last month that Briatore, who maintains his innocence, is challenging the ruling and seeking 1 million euros in damages in Paris' Tribunal de Grande Instance high court, with a hearing set for November 24.

The Guardian, citing legal documents, said Symonds will be party to Briatore's appeal, arguing that the FIA conducted its disciplinary hearings "in an improper fashion".

"The decisions to carry out an investigation and to submit it to the World Council were taken by the same person, Max Mosley, the FIA president," Briatore's appeal statement said.

It added that former president Mosley "assumed the roles of complainant, investigator, prosecutor and judge", and made a connection between the outcome and Briatore's role in the earlier FIA/FOTA political war.

Bernie Ecclestone's eligibility to vote at the World Motor Sport Council hearing is also questioned by Briatore, due to the F1 chief executive's political desire to "be hostile to" the Italian as well as see Renault escape major sanctions.