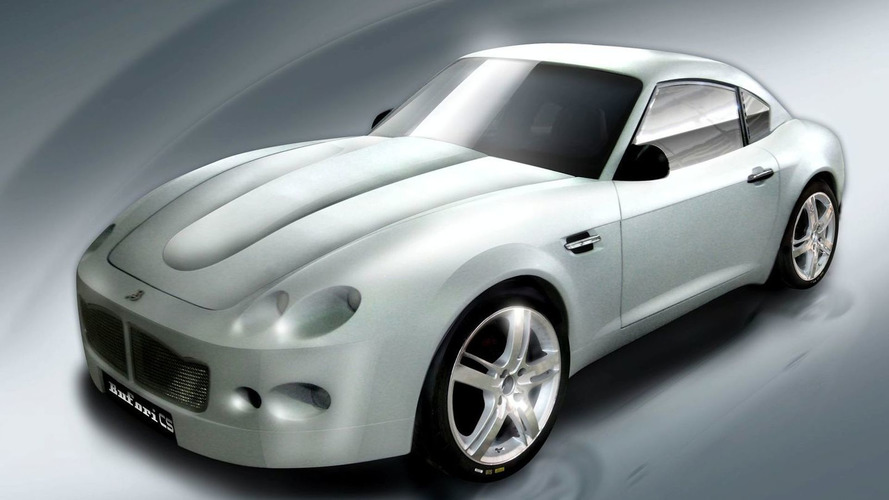 The CS will be powered by a 2.0-liter turbocharged engine that "delivers effortless power and an exhilarating driving experience."

Bufori has announced plans to launch a new sports car in 2010. Dubbed the CS ("Compact Sports"), the car is described as a pure and powerful two-door coupe with a lightweight carbon fiber and Kevlar body.

While details are limited, the CS will be powered by a 2.0-liter turbocharged engine that "delivers effortless power and an exhilarating driving experience." Other performance features include an advanced space frame chassis, unequal upper and lower control arms, and a fully-adjustable coil over suspension.

The company has also announced plans to build a racing version of the CS, called the Bufori BMS R1. Jointly-developed with Axle Motorsport, the BMS R1 will make its racing debut at the 56th Macau Grand Prix.

According to Bufori's general manager of marketing and operations, Felix Haller, "After two years of hard work in designing and developing our new sports car, the Bufori CS, we are very proud that a racing version of our car has been developed and will have its first public appearance at such a prestigious event as the Macau Grand Prix. We could not have wished for a better occasion. Our intention is to transfer the racing technology to the road version of the Bufori CS and bring in all the qualities for which Bufori is renowned"

Look for more information to be released later this year.