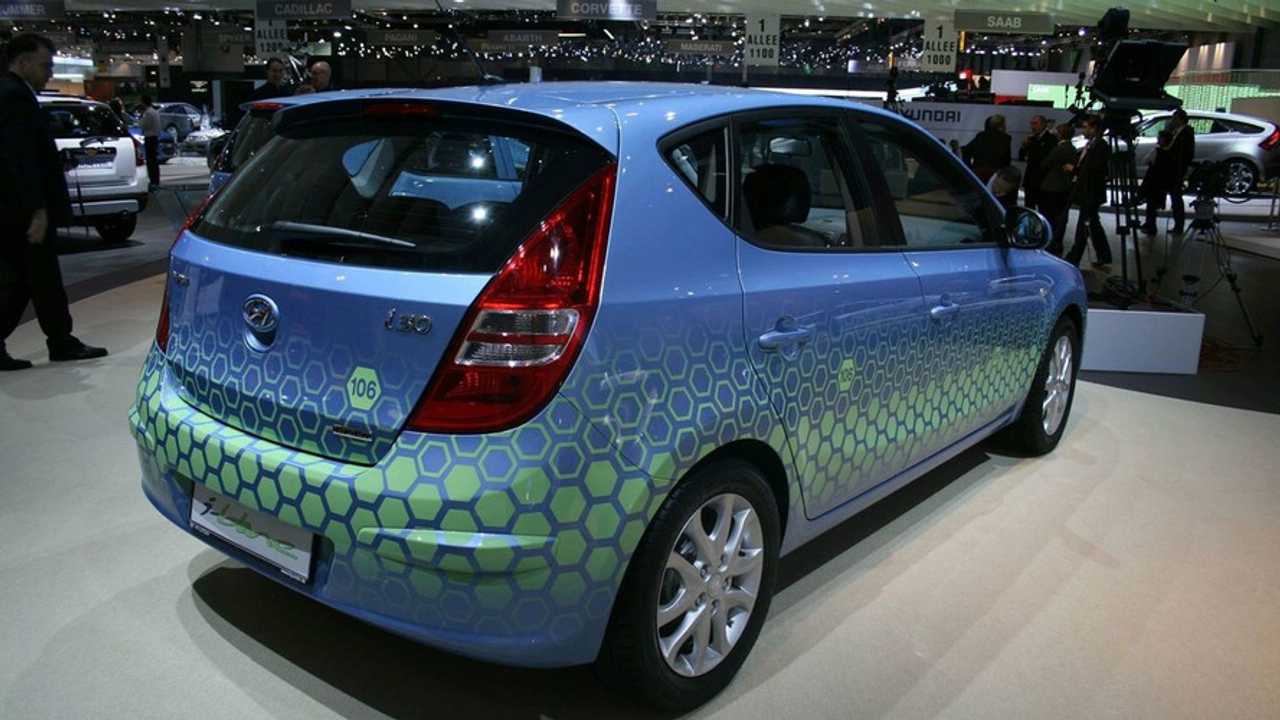 They may not stir the blood like a Veyron or a Scirocco, but this humble range of concept cars is nonetheless big news for Hyundai.  The Korean manufacturer unveiled a trip of i-blue concept vehicles in Geneva whose powertrains combine existing technology with a new engine that could potentially allow mass-production of some very eco-friendly vehicles in the near future.

Based on Hyundai's i10 and i30 production cars, the i-blue concepts are designed to offer significant improvements in emissions and fuel efficiency.  The changes are outwardly subtle; engine efficiency is boosted with an intelligent generator that stops and starts the engine, lowered suspensions improve aerodynamics, and tall-geared six-speed transmissions reduce high-speed consumption.  New common-rail diesel engines have been tuned for minimum CO2 output.

The i30 blue is the largest of the three concepts, and features a new 1.6 liter diesel.  Power is set at 90PS, and emissions have been reduced by 15.2%.  The smaller i10 gets a 1.1 liter, 75PS engine whose i-blue modifications drop emissions by 17%.  The i10 blue CNG uses a .8 liter three-cylinder turbo running on CNG to produce 98PS and the lowest CO2 emissions of the group.

Hyundai's i-blue vehicles are a clear indicator of where the company intends to go when improving the environmental friendliness of its products, though it says that with sufficient consumer interest any of the vehicles shown at Geneva could be put into production as-is.