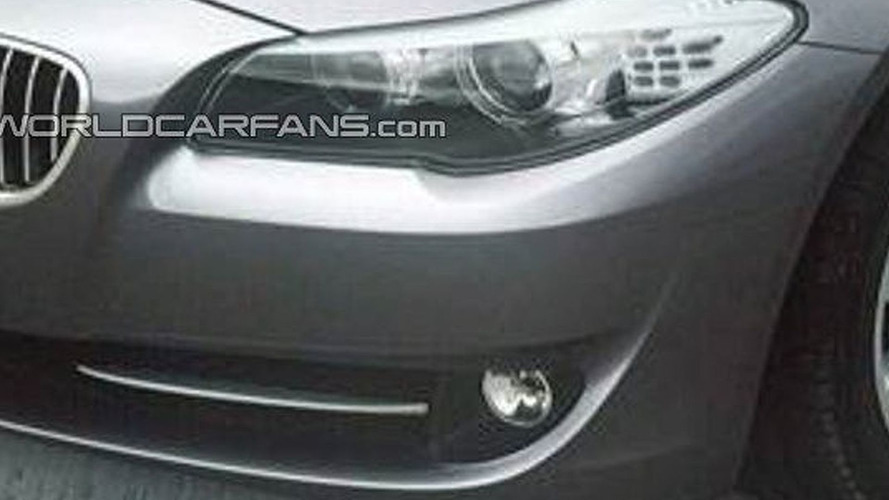 The first official teaser for the 2011 BMW 5-Series F10 released earlier this week was met with little enthusiasm.  Fans criticised that the teaser, which showed the silhouette of the F10 body using BMW's kinetic sculpture, didn't reveal enough "skin" to keep fans intrigued or generate further excitement. This reaction is quite understandable as WCF readers have been staring at the F10 body shape for months thanks to our intrepid spy photographers.

However, an anonymous BMW dealer supposedly decided to take matters into his/her own hands, and forwarded to WCF exclusively via a liason this low resolution image of the F10 front corner completely uncovered.

Since the source cannot be verified, we have to emphasize that the alleged F10 image could be a clever digital manipulation.  Compared to spy photos included on this page, there are some differences in the image which don't match, particularly at the rear corner of the headlamp where it meets the fender and bumper fascia. Also, the headlamp washer pump opening is missing from the bumper fascia as well.

Despite the minor discrepancies, the image looks good enough to serve its purpose, which is to intrigue, pique curiosity and perhaps generate excitement for BMW's highly anticipated premium sedan.