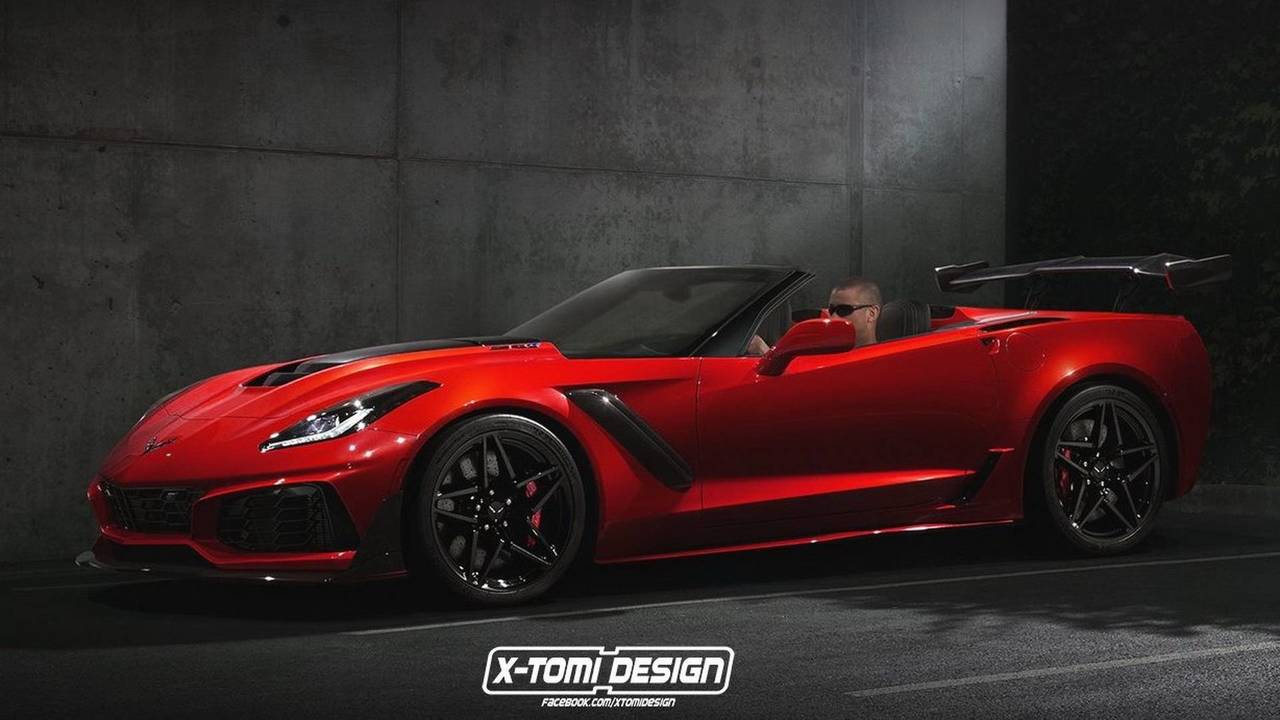 This is what the new ZR1 convertible should look like when it debuts.

The 2019 Corvette ZR1 is the fastest, most powerful Corvette the company has ever built. Under the hood is a 6.2-liter supercharged V8 engine that delivers a mighty 755 horsepower (563 kilowatts) and 715 pound-feet (969 Newton-meters) of torque, propelling it to a top speed of somewhere near 210 miles per hour. But how would all that hardcore speed feel without a roof?

Rendering artist X-Tomi Design has imagined a topless version of the all-new Corvette ZR1. Admittedly, not much has changed in the transformation from coupe to convertible. The same sharp front fascia remains, as does the massive rear wing, the sharp-looking 10-spoke wheels, and the bulging vented hood.

This rendering gives us our best look yet at the upcoming convertible ZR1, which is scheduled to make its debut sometime in the next few months. Already we’ve seen spy photos of the proposed topless ZR1 with features like the same aggressive fascia and rear wing found on the coupe, this time paired with a cloth removable top and a set of shiny chrome wheels.

The same supercharged 6.2-liter V8 engine is expected under the hood, delivering the 755 hp (563 kW) and 715 lb-ft (969 NM) of torque found in the coupe. Sure, stripping off the roof may hamper the ZR1’s performance some on the track, but thankfully features like the specially tuned chassis, Michelin Pilot Sport Cup 2 tires, and eight-speed automatic gearbox should make it a potent performance car nonetheless.

The new Corvette ZR1 coupe will make its North American debut later this month at the Los Angeles Auto Show before going on sale sometime next spring. No word on when the convertible option will be shown, but we’ve got a sneaking suspicion it will be shown alongside the coupe in L.A. Pricing for the ZR1 remains a mystery, but expect a significant bump over the current Z06, which starts at $79,495.