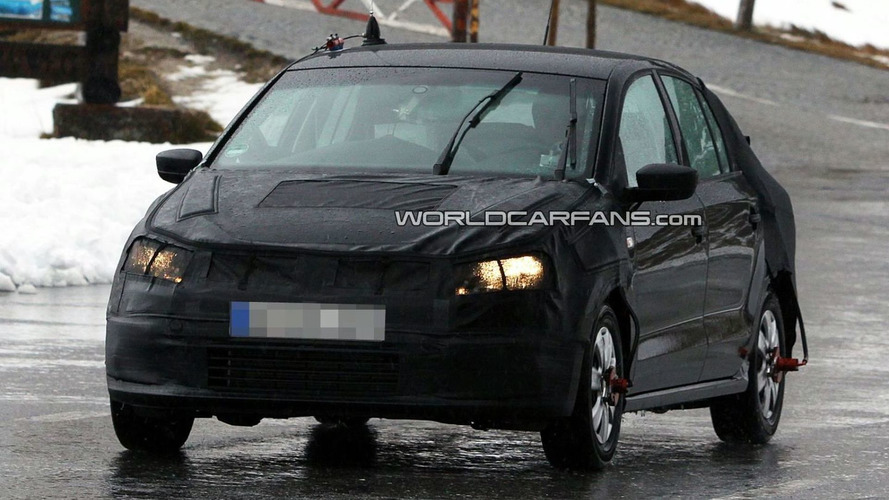 The upcoming 2012 VW Polo sedan has been spied during cold climate testing. The car will share engines with its hatch brother and possibly be sold in the US.

Spy photographs of the next-generation Volkswagen Polo sedan have surfaced some months after the 5 and 3-door versions were unveiled. Segment rivals include the Toyota Yaris sedan, the Chevrolet Aveo sedan and the Fiat Linea to a lesser extent.

Speculation is that production will take place in South Africa for Africa, ASEAN region and Western Europe, China for the Chinese market, Russia for Russia, Brazil for South America and Mexico for the North America region. VW wants to take full advantage of the downsizing trend by offering all three versions to US buyers while giving a viable alternative to the US-bound Ford Fiesta hatch range and its upcoming sedan model.

Powertrains will likely reflect those of the hatch, including a 1.2 TSI, a 1.6 TDI and the 7-speed DSG transmission. The 110kW (150hp) GTI was only offered as a hatchback so that should not change. Hopefully, VW will include the recently launched Polo BlueMotion with it's staggering 71.3 mpg rating. Such fuel economy could help some Americans consider diesel powerplants as a viable option.