Automatic Emergency Braking Can Decide Between Life And Death

This is how good Volvo Trucks' emergency braking is.

What is the automatic emergency braking (AEB)? By definition, it’s a system that detects an impending forward crash with another vehicle or with a human and helps the driver avoid or mitigate the impact. The system first signals the driver to correct his reaction to avoid the crash and, if the response is not sufficient and fast enough, it automatically applies the brakes to prevent the crash.

It all sounds very good on paper, but does it really work on the road? Many drivers say the AEB system is sometimes annoying, because it applies the brakes when there’s no need or, simply said, it is more sensitive than it should be. However, as the video above shows, automatic emergency braking can save a child’s life.

A massive Volvo you can't have: 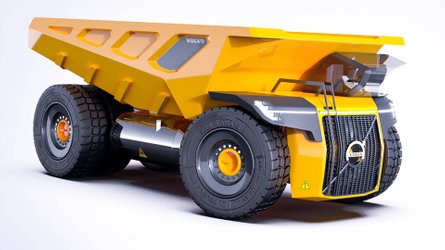 Uploaded by the RoadCams YouTube channel, the clip shows a bus station with several children running out into a busy country road. One of them approaches a Volvo semi and, thanks to its automatic emergency system and in part to the driver’s quick reaction, no one is hurt in a shocking near-miss.

In fact, Volvo Trucks’ system is developed mainly to prevent accidents where a vehicle drives into the back of another car. Using a finely tuned camera, radar, control unit, and braking system, this technology is precise enough to detect even small moving objects like this running boy and, thankfully, to react quickly and save his life.

In the cabin, right before a critical situation, the system alerts the driver with a red LED light reflected on the windshield, just like in modern cars. A flashing light and an alarm follow if there’s still no reaction from the driver and, finally, the emergency brake is activated to prevent or mitigate the unavoidable collision.