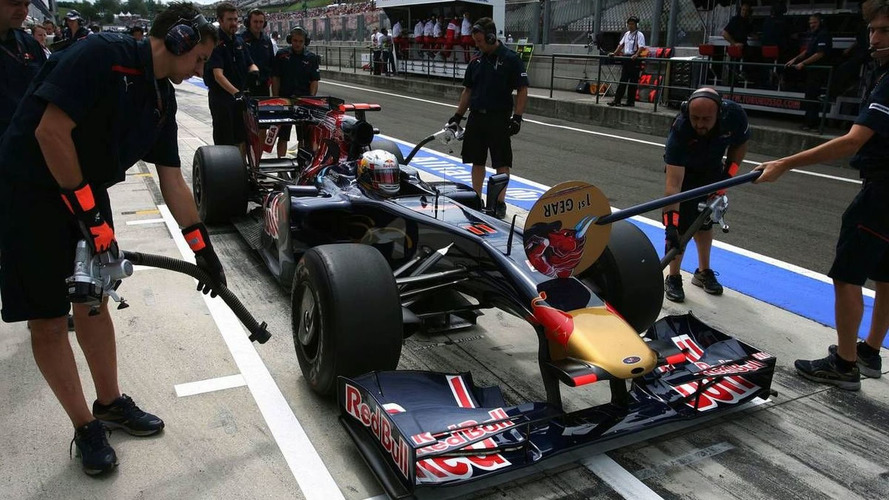 Jaime Alguarsuari has revealed he is unlikely to race in both formula one and the World Series by Renault in 2010.

Jaime Alguarsuari has revealed he is unlikely to race in both formula one and the World Series by Renault in 2010.

After getting the mid-season call up to replace Sebastien Bourdais at Toro Rosso this year, the 19-year-old Spaniard continued to race in the World Series through to the finale in late October.

"On one hand it was very productive but it was also a complete error," Alguersuari is quoted as saying by Spain's Diario Sport.

"I was investing energy into the two specialties and not able to focus on either," he admitted.

"I would arrive at races and the others were at 120 per cent while I was not. It was a mistake," said Alguersuari.

In the World Series he finished the championship sixth, and at Toro Rosso he struggled to keep up with his fellow rookie teammate Sebastien Buemi.

But Alguersuari believes his preparation for 2010 will be more ideal.

"There will be six days of pre-season tests and it will be a good foundation, without a doubt, to finish the season seeing the best possible Jaime," he said.

"The start will be hard because I don't know many of those circuits, but by the end I will be good enough."