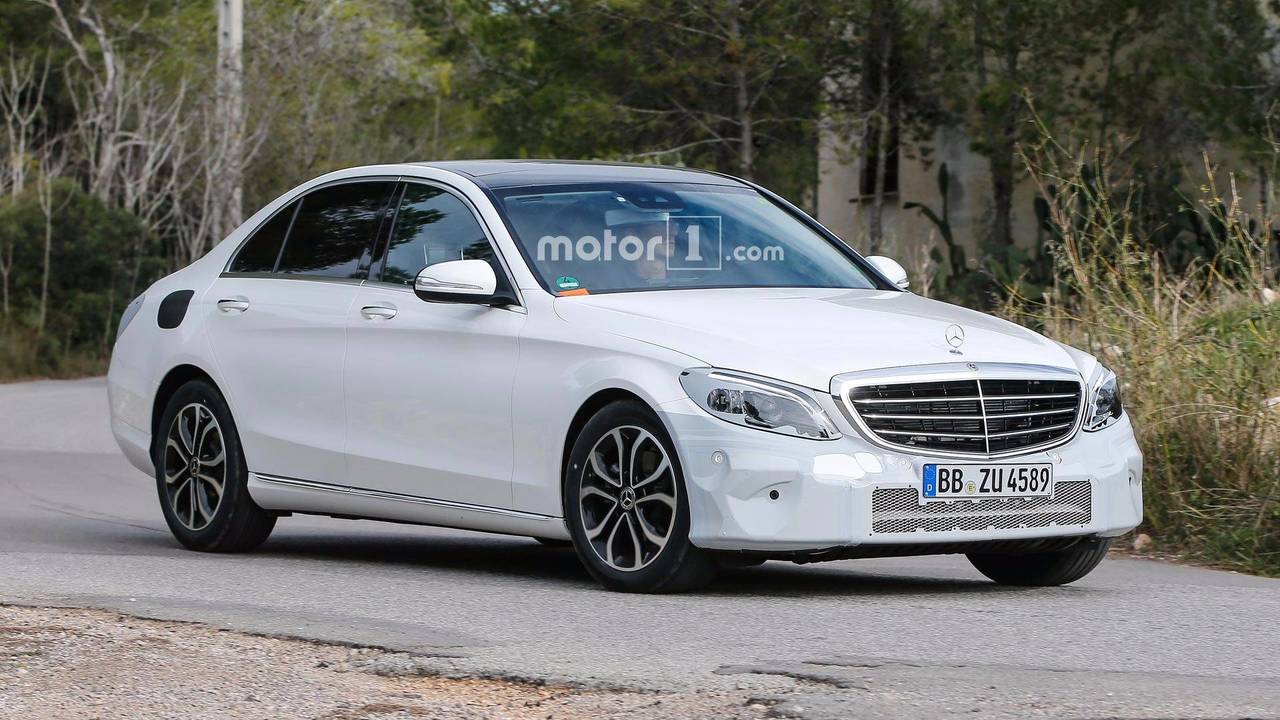 New lights at the front and rear are the biggest changes to the exterior.

The refreshed Mercedes-Benz C-Class arrives in showrooms next year, and new spy shots provide a preview of what to expect from the German brand’s popular model. The company appears to put a bigger emphasis on overhauling the cabin than tweaking the exterior.

These shots show two of them testing. The white example on the road still has light camouflage, but the silver sedan has concealment only around the lights while sitting behind a chain link fence.

Mercedes keeps the body’s refresh understated. There’s a revised front fascia and updated headlights. The new lamps are the only major change at the rear of the standard C-Class.

Spy photos have already revealed similar upgrades for the Mercedes-AMG C63 and C43. In addition to the tweaks from the standard model, it likely gets the company’s Panamericana grille with vertical slats and a new rear fascia.

Inside, Mercedes has a new infotainment system for the C-Class. It features a small touchpad on the center console that replaces the current control knob. Buttons on top of it allow the user to go back or access the home screen.

Powertrain changes for the C-Class are possible but not a certainty. Mercedes’ new inline six and four-cylinder might be available in some trims of the refreshed model. The range-topping C63 would stick with the 4.0-liter biturbo V8. The upcoming C63 R injects even more performance into the lineup by giving the model a more aggressive body and reportedly a boost in output.

While sales of the refreshed C-Class won’t begin until 2018, the debut will potentially happen this year. The premiere of variants like the wagon will come later, though.