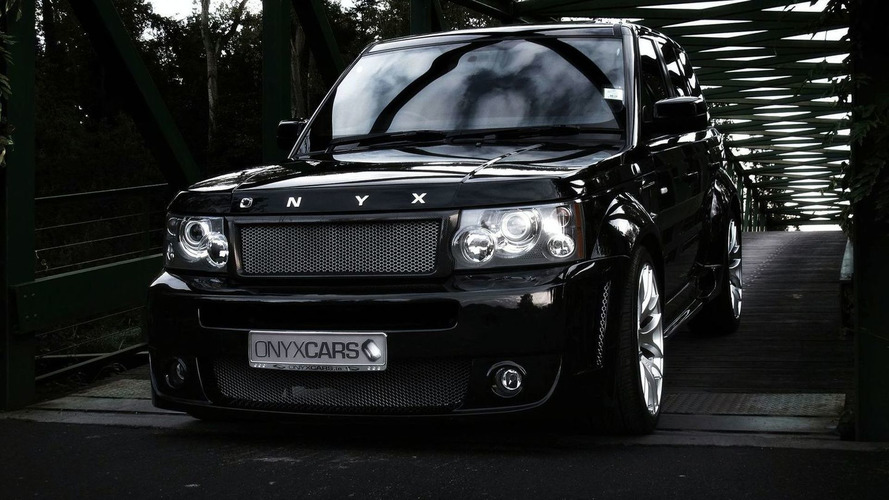 Onyx Concept, formerly Concept802, has released renderings and details of their new Platinum V package for the Range Rover.

When we last checked in with tuner firm, Concept802, they had just finished work on their Platinum S widebody upgrade kit for the Range Rover Sport. Following changes in the company's structure, Concept802 is now Onyx Concept, and they have added a few new features to go with the conversion.

In additon to the widebody conversion, Onyx has added to the mix their 14-piece interior panel kit, A&D pillars, front grill and side vents all made from 100% solid carbon fiber, not overlay or laminated parts. Onyx has added a suspension lowering system, Onyx branded TPM 22-inch wheels available in a range of offsets to suit the widebody and standard cars, and perforated buffalo hide diamond stitched leather with a range of contrasting colors. Although no details were given, Onyx also offers power upgrades for diesel and petrol models.

For the near future, Onyx is working on their Platinum V conversion for the Range Rover Vogue. They were kind enough to provide a few renderings of the package. This new edition is expected to include a redesigned bodykit constructed mainly out of carbon fiber. The renderings show alterations to the front bumper, when compared to Platinum S. Gone will be the traditional fog lights in favor of LED strips. A carbon fibre grille matches the blacked-out double-spoke TPM custom wheels. Their renderings also appears to include redesigned rear bumper, dual exhaust instead of quad, and a new rear diffuser also made from carbon fiber.

Onyx Concept plans to make the Platinum V kit available for older Vogue Range Rovers, as well as the 2010 model year. The set-up should hit the market in mid-December, with delivery to their dealers in the Russian Federation, UAE, UK, and US.