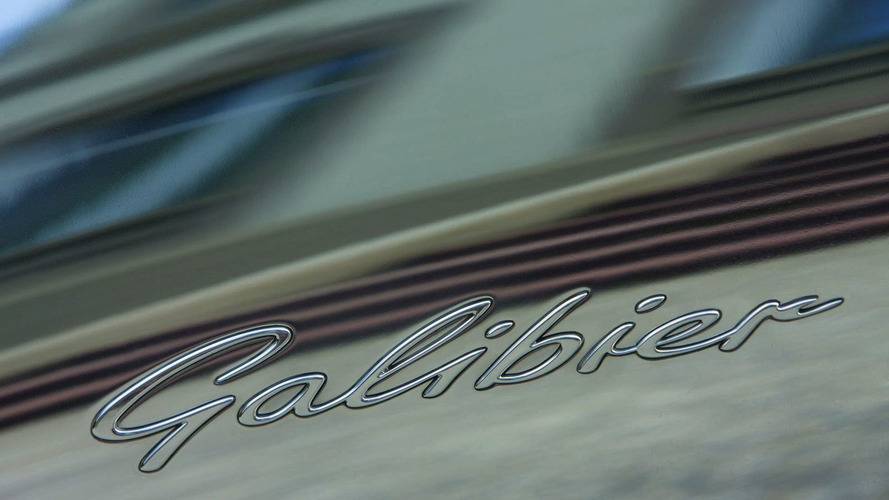 16C Galibier shares Bugatti's 8.0 liter 16-cylinder engine with the Veyron model. Although Bugatti has not provided any figures, power output is said to be dialed down on the Galibier from the Veyron's 1001 hp and 1250 Nm of torque.

Why is Bugatti still referring to the 16C Galibier as a concept as it likely prepares the model to be put on display at the Los Angeles auto show?

WCF has previously reported on rumors that Bugatti was taking the 16C Galibier to production. But it seems Bugatti is still not yet ready to make the official announcement on that one.

This is going to be one serious, "torpedo-like" sedan. The 16C Galibier Concept is a four-door saloon - or sedan, or four-door coupe, depending on which nomenclature one prefers for such models. Given that the Galibier will cost somewhere around £900,000 or €984,900 (US$1.4 million), it probably calls for a new name all for itself.

The Galibier will feature Bugatti's 8.0 liter 16-cylinder engine also employed in the Veyron, although the power output is said to be dialed down from the Veyron's 747kW (1001hp) and 1250Nm of torque. Down to what Bugatti still doesn't say in this press release.

What they do mention is how the Galibier is fitted with a tourbilliion clock from Swiss watchmaker Parmigiani that can be removed from the dash and worn as a wristwatch due to a specially designed strap.

Such are the details that make Bugatti the ultra-luxury auto maker which sports as its brand values "Art, Form and Technique."