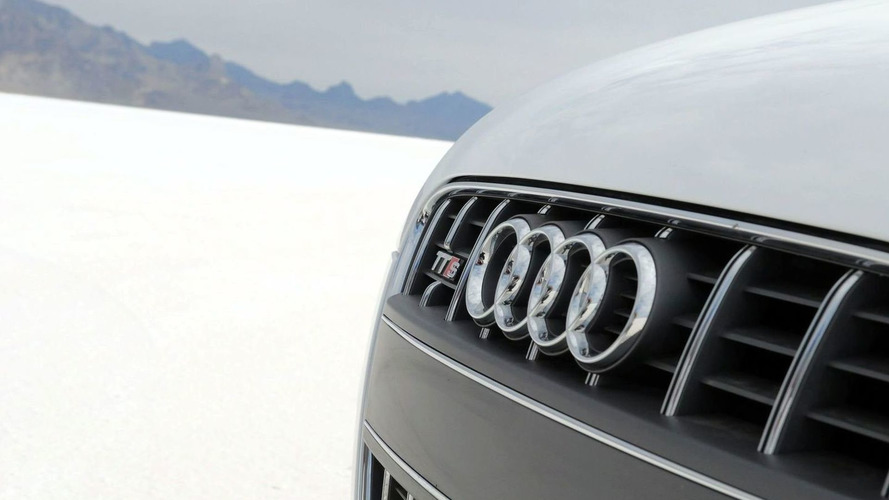 While the TT-S can accelerate from 0-60 mph in 4.9 seconds, Audi says the primary goal is to complete the hill climb "in (a) reasonable time, using rally driving techniques."

Audi has teamed up with Stanford University to create an autonomous TT-S, named "Shelley".

Designed to compete in the Pikes Peak International Hill Climb, the car has been outfitted with 'drive by wire' technology which uses algorithms developed by Stanford University and Sun Microsystems. The algorithms will process data collected by the "Applanix POS LV420 GPS and the Inertial Measurement Unit" to steer the car up the mountain. Other techno goodies include an 'APA-BS' (Axially Parallel Actuation-Braun-Schweig) electric power steering system, an electronic throttle, and an emergency shutdown system.

According to Audi, "Two independent systems are being used in the Pikes Peak TTS, the initial controller development is being done on an XPC target using Matlab and Simulink which are the standard research tools from Stanford's DDL. The final vehicle controls are being run on ruggedized custom built solutions running a Core2Duo CPU and Solaris operating system that is being developed in collaboration with Sun Microsystems."

While the TT-S can accelerate from 0-60 mph in 4.9 seconds - thanks to a turbocharged 2.0-liter engine with 265 hp and 258 lb-ft of toque - Audi says the primary goal is to complete the hill climb "in (a) reasonable time, using rally driving techniques."