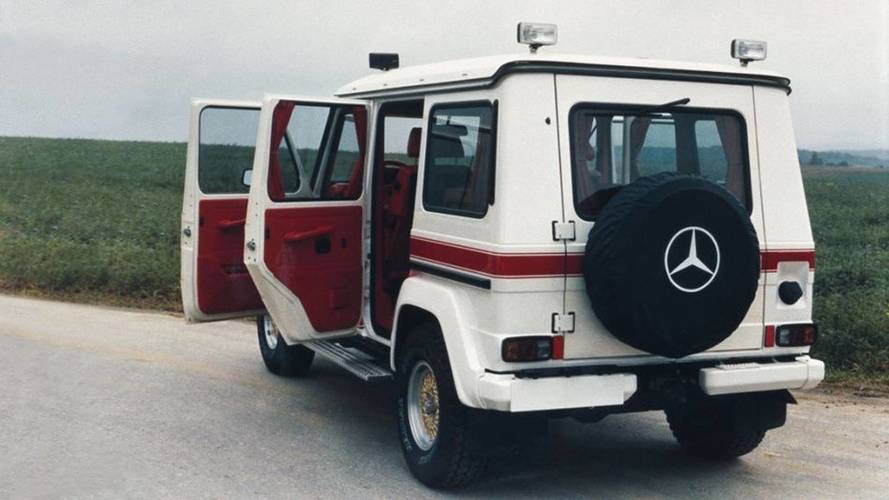 Meet the Mercedes AMG 280 GE 5.6 Sport, the predecessor of the modern AMG G-Classes.

We are all excited for the next generation Mercedes-Benz G-Class, which is scheduled to debut during the 2018 NAIAS in January. One of the few true off-roaders today has always been in strong connection with the German company’s AMG performance division and, during a recent press presentation near Stuttgart, the brand with the three-pointed star demonstrated a very interesting prototype of an S-Class-powered G.

Learn more about the new G-Class:

It was created back 1979, during the first year of Steyr-Daimler-Puch production in Austria, most likely to promote the power of the then relatively new AMG department. To put this into context, it was the time when AMG was focused mostly on track vehicles and one-offs like the 1974's 300SL AMG.

One of AMG’s favorite things was to work on V8s and it’s no surprise they took the 5.6-liter eight-cylinder engine of the S-Class, Mercedes’ second largest motor in the late 1970s, and put it into the engine compartment of the first G-Class.

Don’t let its face deceive you – it was actually a genuine Mercedes product with factory-approved tuning. It’s the original predecessor of the G-Class AMG and, despite the weird mashup of a W123 grille mixed with W116 headlights, it was definitely a head-turner. Rumors say it was built in highly limited numbers for customers in the Middle East.

As far as the all-new G-Class is concerned, it will, naturally, also get a couple of AMG versions. We know for sure some of them will use the automaker’s 4.0-liter V8 biturbo engine with up to 602 horsepower (450 kilowatts) and 627 pound-feet (850 Newton-meters) of torque. Also, expect to see a 3.0-liter gas engine in a mild hybrid configuration and a 2.9-liter straight-six diesel.