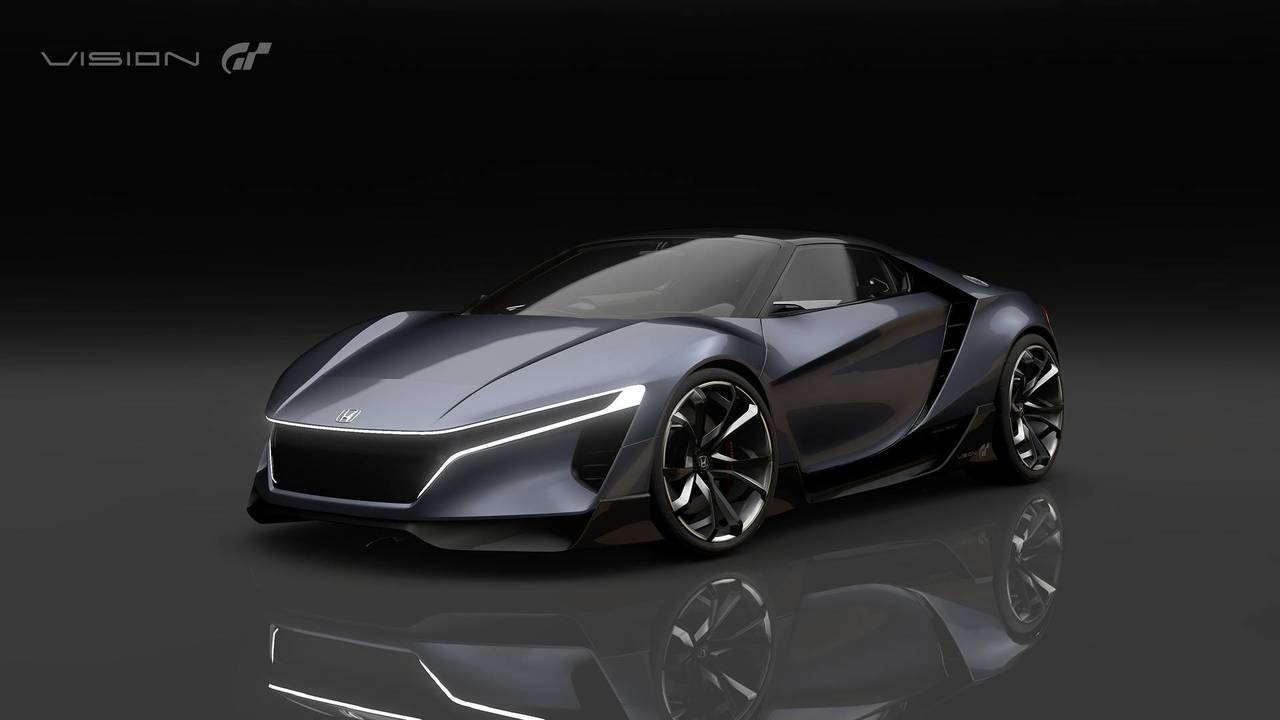 Honda’s long-awaited "Baby NSX" is finally here... and it's not actually a "Baby NSX" at all. While the sharp-looking concept is undoubtedly bound to turn some heads, the patent images and spy photos that were shown in previous months were actually for a new addition to the Gran Turismo Sport video game. It’s called the Honda Vision Gran Turismo.

Today the company released the new GT car in full, showing off its dramatic design and powerful engine in the process. Unlike other Vision GT cars before it – the McLaren Ultimate Vision GT, for example –  the Honda Vision GT is far less dramatic. The concept was reportedly inspired by Honda’s corporate culture for doing things that simply "look fun."

The styling was penned by Honda’s Los Angeles-based design studio, with final testing and development taking place in Japan. With a "Human Centered Design," the Honda Vision GT’s aerodynamic properties were tested both on computer simulations as well as in the wind tunnel. Honda’s design team sculpted a full-size model to ensure its aerodynamic properties were up to par.

The body is constructed entirely out of carbon fiber, and the entire package tips the scales at just 1,981 pounds (899 kilograms). Theoretically, of course. Power comes courtesy of a 2.0-liter DOHC-VTEC four-cylinder engine producing 403 horsepower (300 kilowatts), and is sent to the rear wheels via an eight-speed dual-clutch transmission.

It’s unclear whether Honda has any plans to bring the vehicle to life as a full-size concept. Whatever the case, the Vision GT is stunning, and it can be driven in the new Gran Turismo Sport video game, which is now available.