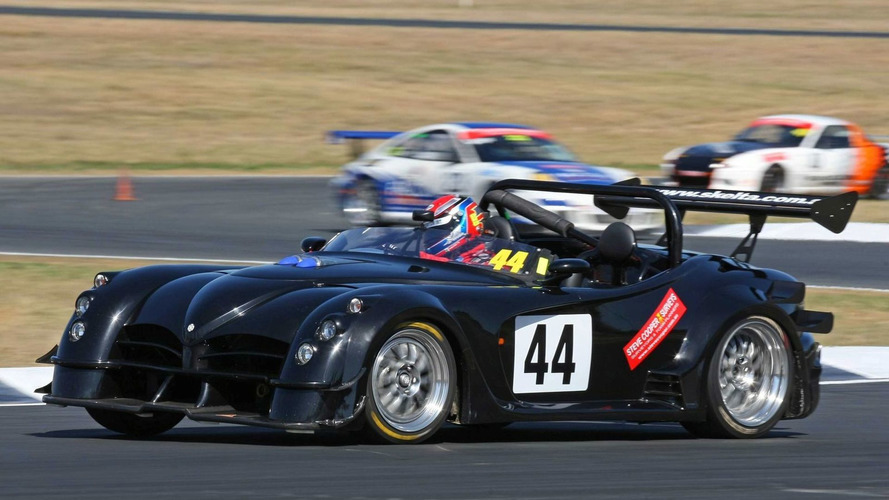 Powerful-yet-lightweight Australian rally car, Skelta, will soon be available for sale in the U.K. Details inside.

Australian rally car Skelta will now be available for purchase in the U.K.  The lightweight car comes with a choice of two different powerful engines, certainly capable of powering through the British countryside.

Customers will be able to choose between a supercharged, 340 horsepower, 2.0-liter Honda four-cylinder engine, or a Hartley 3.0-liter V8-engine that pumps out 460 horsepower.  The driver controls the power with a Honda-made six speed transmission, and uses the ventilated discs and four-pot caliper brakes to slow it down.  Double-wishbone, front and rear suspension connects to MCA Proflex springs and dampers and forms a fully adjustable system.

Although the design team used a "chrome molybdenum steel spaceframe," they used a carbon-fiber body to keep the dry weight to a low 720 kilograms (50/50 weight distribution). Sidepods and center tunnel are built out of a sandwich of carbon-fiber and aluminum.  Aerodynamic styling includes a big rear wing, diffuser, and front air intakes that combine for 200 kilograms of downforce when traveling at 90mph.

Two different two-seat versions will be sold, including the gull-wing, removable targa top "G-Force."  The other model is a "wide-bodied, open-topped two-seater," dubbed, "Spyder."

Named for the Beatles song "Helter Skelter," the Skelta will be introduced to the UK at January's Autosport International Show in Birmingham, England.