BMW M2 Competition May Seem Like The Real Deal, But It's Not 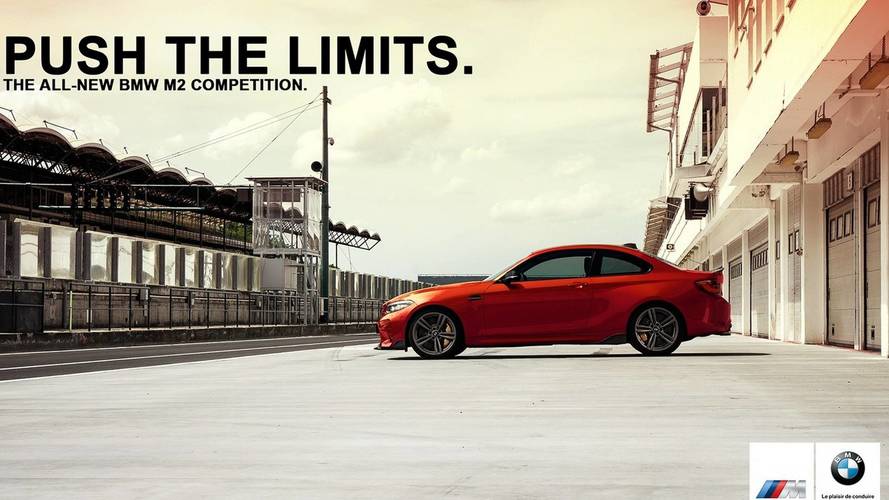 These renders of the hardcore M2 look as if they were coming straight from BMW.

Rumor has it BMW will introduce the M2 Competition in June 2018, but we won’t have to wait until then to have an accurate idea of how it’s going to look like. A fan of the Bavarian brand has decided to develop a comprehensive batch of speculative renders based on the most recent spy shots showing the powered-up coupe. He took a step further by adding the BMW and M logos as well as a “Push the limits” motto to give the impression we’re actually dealing with official press images.

Starting off with the M2 facelift fitted with the optional Competition Package, the artist envisioned the meaner coupe with a more aggressive body making extensive use of carbon fiber. He went to the trouble of digitally painting the M2 Competition in the new Sunset Orange and Silver Hockenheim hues rumored to be available alongside the usual shades, such as Long Beach Blue Metallic, Black Sapphire, Alpine White, and Mineral Grey.

It is believed the regular M2 will be dropped from the lineup as the hardcore Competition variant will take its place. The N55 engine could be retired to make room for a detuned version of the S55 unit borrowed from its bigger brother, the M4. Expect output to stand at somewhere in the region of 405 horsepower channeled to the rear wheels through a standard six-speed manual or an optional dual-clutch, seven-speed auto.

Aside from the beefier engine and carbon fiber diet, the M2 Competition will get a multitude of other upgrades if we were to rely on the rumor mill. Better brakes and M Sport body-hugging seats are on the agenda, and so are suspension and chassis tweaks. Inside, BMW will apply a Dakota black leather upholstery – either normal or perforated - combined with  Kyalami Orange  or Polar Blue contrast stitching.

These changes will surely command a premium over the current M2, which kicks off at $53,500 MSRP in the United States.