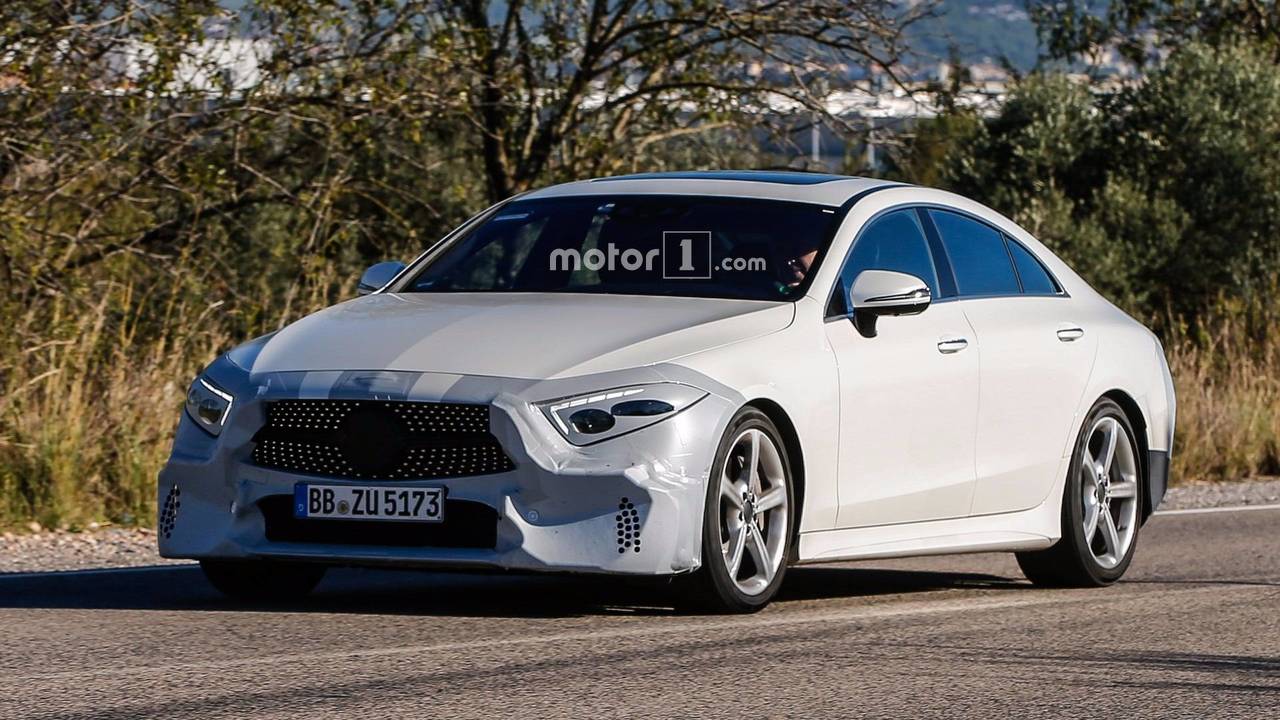 E-Class not luxurious enough? S-Class too expensive? This is where the CLS comes into play.

Just days ahead of its unveiling at the Los Angeles Auto Show, the all-new Mercedes CLS has been spotted quite possibly one last time. Naturally, most of the camouflage has come off and this gives us the opportunity to take a good look at the stylish sedan some folks like to describe as being a “four-door coupe.” While the shape has remained almost the same, the design itself has gone through significant changes.

Mercedes’ designers have sharpened up the front end of the car and this particular prototype appears to have the glitzy “diamond grille.” It’s flanked by a pair of brand new headlights featuring a more angular configuration and no longer meeting the outline of the hood. There’s still some camouflage on the bumper and around the headlights, but even so we are able to pretty much figure out the design of the CLS’ front.

The side profile shows a tiny greenhouse as seen on its predecessors, but that’s the price one has to pay for that swoopy roofline. There’s always the regular E-Class upon which the CLS is based for those in need of a more boxy body with taller windows providing better visibility. While it’s hard to say by looking at these images, a minor bump in size is expected for the third generation, particularly when it comes down to the length of the wheelbase. The front and rear overhangs continue to be quite large and that could be a turnoff in the eyes of some people shopping for a large and luxurious sedan.

Moving at the back, there’s a thin strip of camo slapped onto the lower section of the trunk lid as well as on the upper area of the bumper and on the taillights. Speaking of which, the rear lights have been redesigned from the ground up and will extend on the trunk, which by the way appears to have a wider opening that will come in handy whenever maneuvering cargo.

Photos of the interior are not available in this set, but we’re expecting to see the posh cabin to be largely sourced from the E-Class with a few changes here and there such as the design of the air vents to differentiate the two models and make the CLS worthy of the premium it will command over the E. For the first time, the CLS will be available with a five-seat configuration as a result of requests made by customers, though the one in the middle will be suitable mostly for kids.

In regards to the oily bits, Mercedes will sell the all-new CLS with a couple of brand new inline-six gasoline and diesel engines inherited from the flagship S-Class as well as lesser with four-cylinder units for the entry-level models. While the CLS 63 AMG is not coming back since it will be replaced by the four-door AMG GT, there will still be a high-performance version further down the line believed to be called Mercedes-AMG CLS 53 with an inline-six gasoline working together with an electric motor. The combined hybrid output is expected to stand at close to 500 horsepower.

The revamped CLS will premiere towards the end of November in L.A. and should go on sale early 2018. You can forget about the Shooting Brake since it won’t live to see another generation as a consequence of low demand.