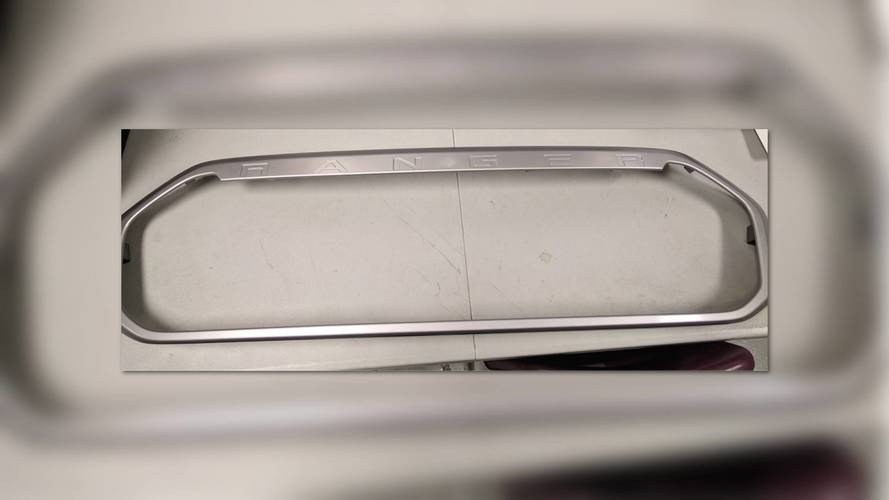 It ain't much, but it gives us a general idea as to how the new Ranger might look.

We’re still a ways out from the debut of the all-new Ford Ranger. Rumor has it that we could see the new pickup as early as January at the Detroit Auto Show, but others are suggesting we’ll have to wait until later in year. Whatever the date, today we have our first glimpse at the grille... or at least what we believe to be part of it.

The images come to us by way of Jalopnik, which says that a shop responsible for painting the grille bezels of the new Ranger sent them the shots. And no, this isn’t the case of a mistaken identity with the Euro Ranger – these appear to be unique from the current model, with a number of new design elements to note.

Admittedly, some familiar cues from the Euro model do carry over. The overall hexagonal shape remains, but it’s much thinner, and does away with the larger lower portion found on the current Ranger. The stamped "Ranger" logo can also be seen displayed prominently at the top. Based on the design we've seen in spy photos, this looks like it could be the real thing.

Apart from the images pictured here, we don’t have much else to work with in regards to the overall design. We do know that the new Ranger will be offered in both a standard trim and potentially a more powerful Raptor model, as previewed in this rendering. A range of EcoBoost engines – bot four and six-cylinder options – will be found under the hood, with a rumored 3.5-liter biturbo V6 in the hotted-up Raptor variant.

For now, we’ll have to wait until the Ranger makes its debut in full before we get all the details. Hopefully we’ll see the pickup in the sheet metal when doors open to the Detroit Auto Show early in January.