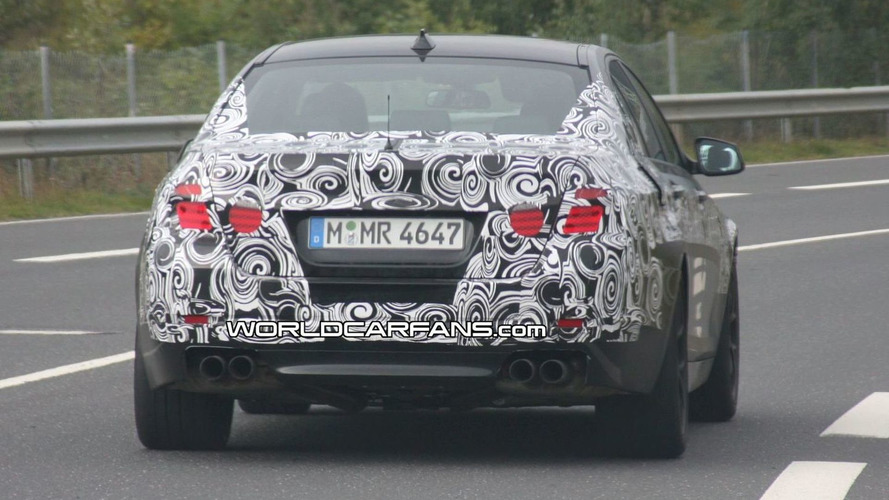 News of the next-generation BMW M5 has surfaced, and we have the full details inside.

The next BMW M5 will be the first to have a turbocharged engine.  News of the car's development comes by way of Autocar, who interviewed M division development chief Albert Bierman.  Bierman says development of the next-gen M5 is well under way.

Although questions are raised as to whether or not the next M5 will have an engine that produces more than the 500 horsepower in the current M5's V10, it is expected to have an engine that generates 30% more torque than the V10.  That would raise maximum torque from 380 ft-lb to nearly 500 ft-lb.  This car's performance could match, or exceed, the 555 hp and 501 ft-lb of torque found in the 4.4-liter twin-turbo V8 used on the BMW X5 M.

“We’ve been forced to switch to an engine offering greater low-end torque than the naturally aspirated engine to ensure it can cope with the longer axle ratio,” Biermann said.  He continued to say that the new engine will improve on its predecessor's environmental impact, while maintaining performance.

Although fuel consumption, and emissions, are expected to be reduced, a hybrid version similar to that of the Active Hybrid 7 is not expected.  This decision is due to the added weight (100kg) a hybrid system would cause, a contrast to the car's carbon-fiber roof and trunk.  Look for a new, seven-speed dual-clutch transmission to be on the vehicle, similar to that shown on the 25th anniversary M5.  LED lighting, better aerodynamics, and a double-wishbone front suspension should also exist on the car.

Internally called the F10M, the next BMW M5 should be introduced at the 2011 Frankfurt Motor Show.  The company is currently testing ten different mules.