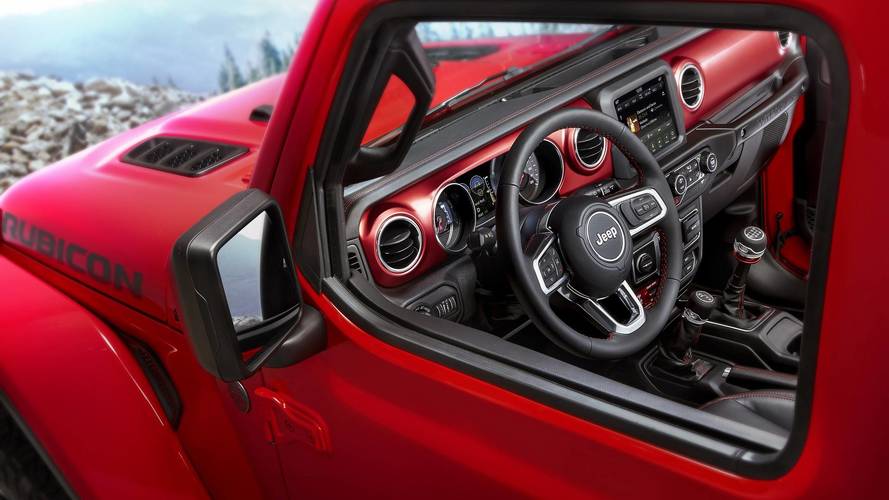 The new Wrangler looks good, both inside and out.

Slowly but surely, Jeep is dishing out even more images of its new and improved 2018 Wrangler. Three photos of the exterior were shown at the SEMA show in Las Vegas, previewing both the two-door and the four-door Unlimited model. But now the company has given us a look at the Wrangler’s updated cabin for the first time – and from what we can tell, it looks good.

The two images show a much improved look over the outgoing model. The 2018 interior is pictured below (left) next to the cabin of the 2017 model (right). The steering wheel gains a few added chrome styling elements, the central infotainment screen is more prominently displayed, and all of the knobs and dials have been healthily restyled. There’s even a small screen located within the instrument cluster, a new feature for the 4x4.

Jeep says that the new "Wrangler’s interior design combines authentic styling, precision craftsmanship, and high-quality materials that result in improved versatility and comfort for drivers and passengers." The restyled cabin admittedly does look good alongside the subtly revised exterior, especially with the matching red elements on the dash.

Not only will the new Wrangler be better looking, it will be more efficient, too. The V6 model with a manual gearbox will be rated at 17 city / 23 highway / 19 combined miles per gallon. Equipped with the new eight-speed automatic, that same engine will return 18 city / 23 highway / 20 combined mpg, according to FuelEconomy.gov.

The new Jeep Wrangler will make its official debut at the Los Angeles Auto Show, and will feature the latest, most advanced version of Jeep's four-wheel-drive system, over 200 available Mopar accessories, and a rumored price tag of $30,445 for the Unlimited version. Expect all the juicy details surrounding performance and design to be released then.