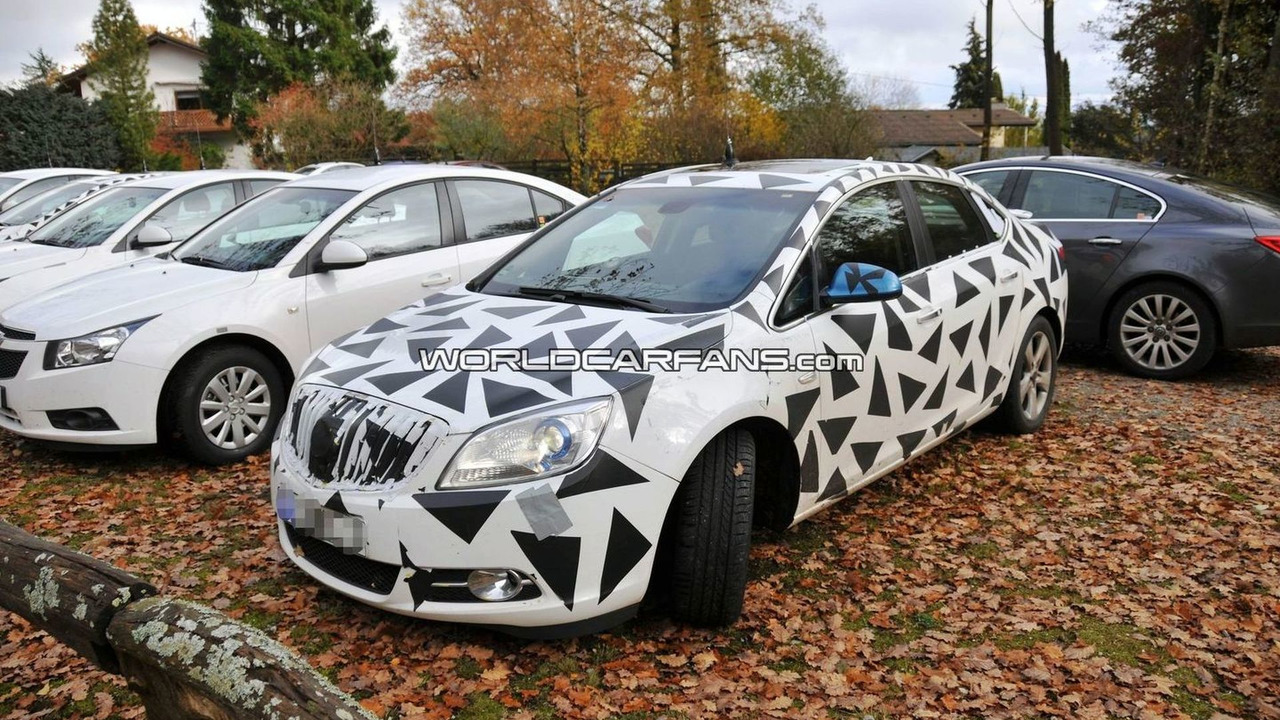 Small Buick sedan is in development for the Chinese market but may also be introduced into the Buick lineup in North America. It will share GM's Delta II front-wheel drive platform with the Chevy Cruze.

Buick is one of the brands GM saw fit to keep during its massive restructuring effort that included a relatively short stint in bankruptcy.

This baby Buick sedan seen here with the perpetual triangle camouflage type is headed for China, a market in which Buick is doing very well. But the model may also very likely make it back stateside in order to expand the product lineup of the Buick brand in its home market. It would be slotted in below the Lacrosse model in the Buick range.

The model will be based on GM's Delta II architecture, a front-wheel drive platform it will share with the Chevy Cruze, the successor to the outgoing Cobalt.

The model is expected to debut in China in 2012. It may also be introduced at around the same time in the North American market.