Volkswagen And Google Are Working Together On Quantum Computers 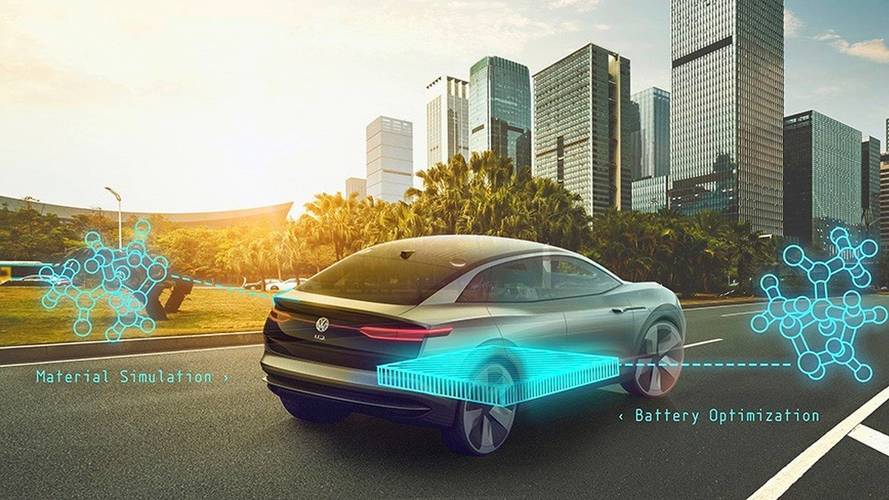 Quantum computers are delivering the future of driving.

Volkswagen and Google are giants within their own industries, but by working together on incredibly powerful quantum computers, artificial intelligence and advanced technology could be in our cars even faster.

What is a quantum computer? Without opening a physics text book and completing a degree in advanced computer science, they are extremely powerful yet efficient machines. Today’s computers speak a language of ones and zeroes called bits. A quantum computer has many more computations in its dialect making it substantially faster when it comes to problem solving.

One of the ways Google and Volkswagen intend to experiment with quantum processing is by optimizing traffic. Many jams or patches of congestion are caused by poor traffic management. If you could use a quantum computer to simultaneously work out traffic patterns and the ideal way to keep cars flowing at peak times, your commute home could dramatically shrink. This same system could be used for finding vacant parking spaces or electric car charging stations.

Volkswagen’s future electric cars are set to benefit from quantum computing as simulations testing for the perfect battery structure can be completed faster. Optimised batteries will have greater range and performance.

Another application VW and Google want to look at is AI in cars. By further exploring machine learning, autonomous cars can become smarter. Instead of having a preprogrammed response to a situation, a quantum autonomous car could better assess the situation and decide upon the best course of action.

Volkswagen are the first car manufacturer to seize upon this up and coming technology and being involved with early experiments will give them an advantage in years to come. Martin Hofmann, Chief Information Officer of the Volkswagen Group, said: “We at Volkswagen want to be among the first to use quantum computing for corporate processes as soon as this technology is commercially available. Thanks to our cooperation with Google, we have taken a major step towards this goal.”

How quantum computers work might be difficult for us mere mortals to understand, but it’s clear to see that they will be the future electronic brains of our cars.

Volkswagen Group and Google work together on quantum computers

Volkswagen Group IT wants to make progress in three development areas on the Google quantum computer. The specialists intend to continue the development of traffic optimization, to explore structures for new materials, especially high-performance batteries for electric vehicles, and to work on artificial intelligence with new machine learning processes.

Martin Hofmann, Chief Information Officer of the Volkswagen Group, says: "Quantum computing technology opens up new dimensions and represents the fast-track for future-oriented topics. We at Volkswagen want to be among the first to use quantum computing for corporate processes as soon as this technology is commercially available. Thanks to our cooperation with Google, we have taken a major step towards this goal."

Hartmut Neven, Director of the Google Quantum Artificial Intelligence Laboratory, says: "Volkswagen has enormous expertise in solving important, real-world engineering problems, and it is an honor for us to collaborate on how quantum computing may be able to make a difference in the automotive industry."

This collaboration will focus on research for practically applications. Specialists from the Volkswagen Information Technology Centers (IT labs) in San Francisco and Munich will develop algorithms, simulations and optimizations together with the Google experts. They will carry out this work using Google universal quantum computers. This architecture is suitable for many experimental computing operations.

Volkswagen Group IT intends to explore the potential of this quantum computer in several different areas. In the first project, the Volkswagen specialists are working on the further development of traffic optimization. They are building on the research project which they have already successfully completed and now want to consider additional variables in addition to reducing travelling times. These include urban traffic guidance systems, available electric charging stations or vacant parking spaces.

In a second project, the Volkswagen specialists aim to simulate and optimize the structure of high-performance batteries for electric vehicles and other materials. Volkswagen Group Research and Development experts expect this approach to provide new information for vehicle
cons­truction and battery research.

The Volkswagen Group is the first automotive company in the world to work intensively on quantum computing technology. In March 2017, Volkswagen announced its first successful research project completed on a quantum computer: a traffic flow optimization for 10.000 taxis in the Chinese capital Beijing.