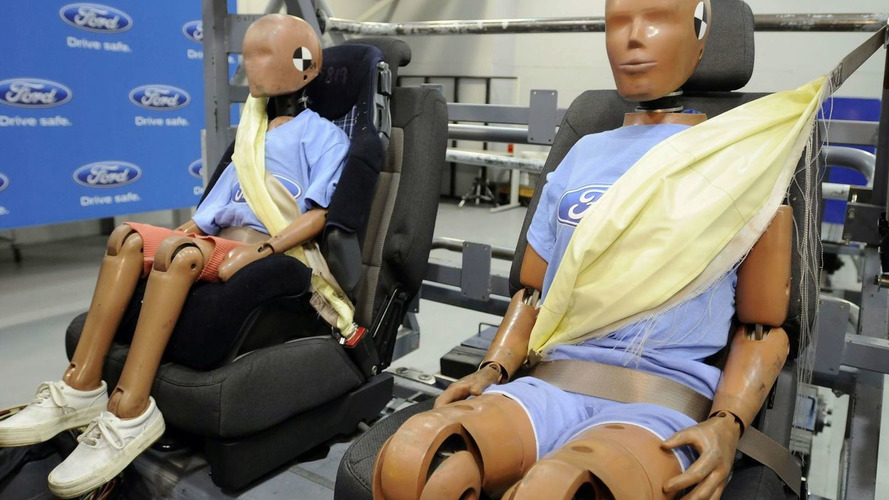 New technology meant to help prevent head, chest and neck injuries for rear passengers, especially the more vulnerable such as children and the elderly.

Ford is upping its safety quotient by being the first automaker to introduce inflatable seat belts.

The new technology helps spread crash force over the human body by as much as 5 times compared with the more concentrated area with a conventional seatbelt. The inflatable belts are designed for use in the rear-seats and are meant to help prevent critical head, chest and neck injuries, often by more vulnerable passengers such as children or the elderly.

The belts are inflated by a cold, compressed gas as opposed to how airbags work, which are blown up by a heat-making chemical reaction. Test subjects have also said that the belts feel more comfortable to wear, since they are softer. Ford claims the technology will also contribute to more rear seatbelt usage. The belts are compatible and can be used safely with all types of child seats too.

Ford says the inflatable belts will first be introduced in the next-generation Ford Explorer SUV which goes to production in 2010. The automaker says that the technology will eventually become available in most Ford models globally.