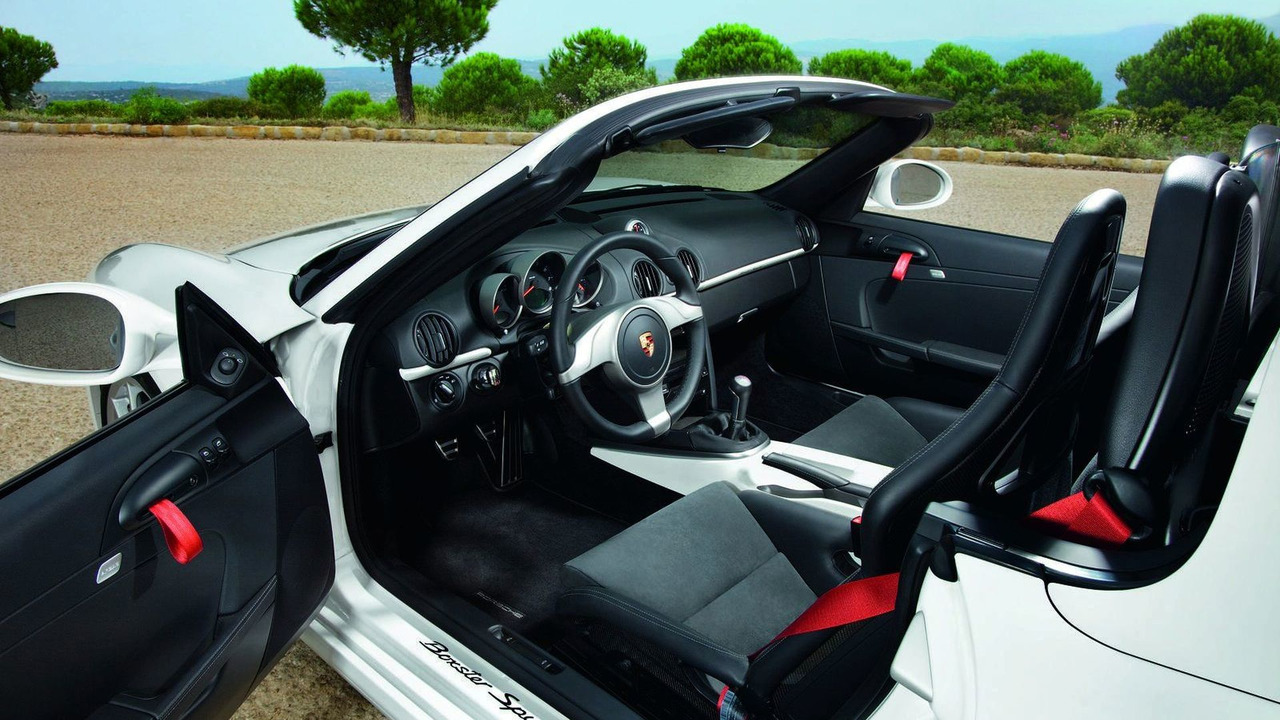 The Spyder is powered by a 3.4-liter six-cylinder engine that produces 320 hp (10 hp more than the Boxster S).

Porsche has released the first images and details about the 2010 Boxster Spyder.

Described as the "...purist form of the Porsche sports car - light, powerful, consistently open, and very efficient", the Spyder is powered by a 3.4-liter six-cylinder engine that produces 320 hp (10 hp more than the Boxster S). Backed up by the optional PDK (Porsche-Doppelkupplungsgetriebe) transmission, the Spyder accelerates from 0-100 km/h in 4.8 seconds before topping out at 267 km/h (166 mph) - with the roof down. If that isn't impressive enough, the roadster consumes just 9.3L/100km (30.4 mpg) in the New European Driving Cycle (NEDC).

To further maximize the Spyder's sporting prowess, Porsche put the car on a diet (it only weighs 1,275 kg / 2,811 lbs which makes it the lightest model in the Porsche lineup), lowered the center of gravity, and added an all-new sports suspension.

In terms of styling, the car features a unique soft top, extra-low side windows, and two rear deck lid bulges which are meant to resemble the ones used on the Carrera GT. Other design touches include modified front and rear bumpers, 10-spoke alloy wheels, and revised air intakes. Inside, the roadster boasts an exclusive interior with sport seats, 'Boxster Spyder' branded scuff plates, and a body-color center console.