Of Course There Is A New Pagani Zonda 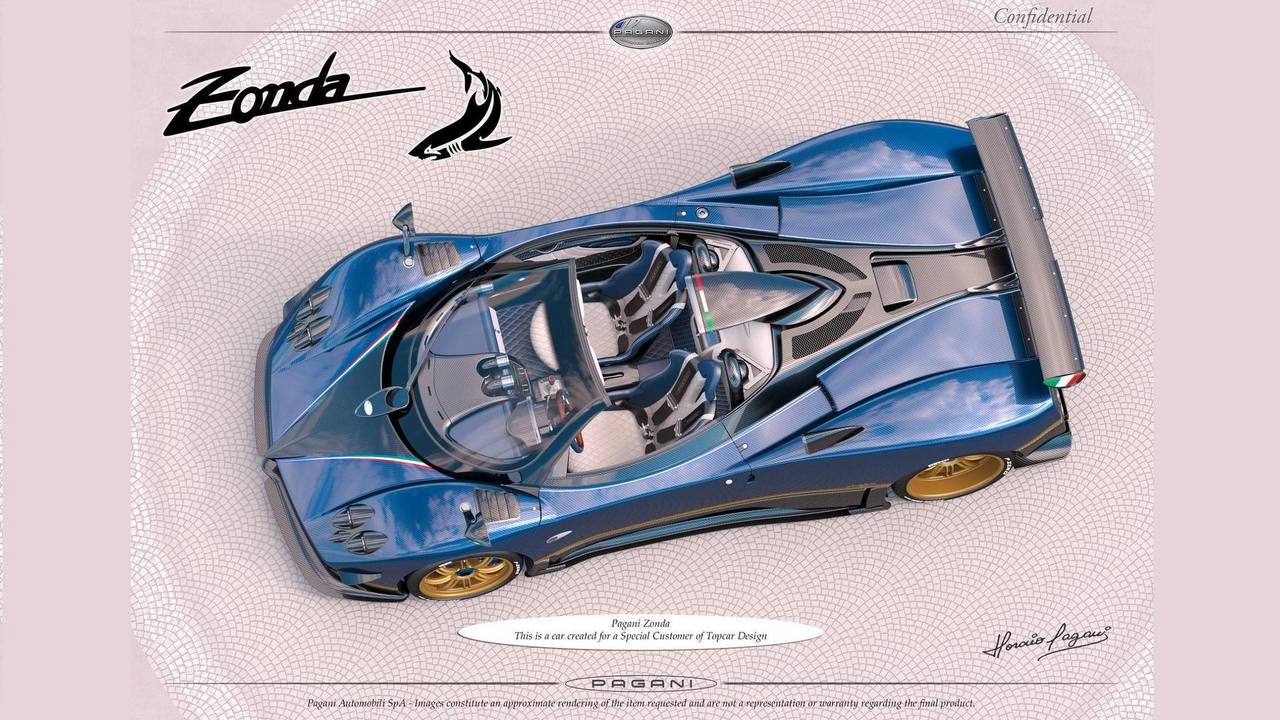 The Zonda just won't die and we're perfectly ok with that.

The Zonda was supposed to bow out back in June 2013 with the track-only Revolucion, but that didn’t happen as every now and then, a new one makes the headlines. In 2017 alone, Pagani introduced three one-offs of its naturally aspirated hypercar, the Fantasma Evo, Riviera, and Horacio’s own HP Barchetta. Fast forward to present day, yet another one has emerged.

See the most recent Zonda projects:

Details are rather scarce at this point, but we do know the car belongs to a customer of Topcar Design, which some of you have heard of as it’s a tuning company headquartered in Moscow, Russia. From the little info we have at the moment of writing, the yet unnamed Zonda will leave Pagani’s new factory in San Cesario Sul Panaro, Modena in the spring of 2018.

It’s being billed as an “original car,” which likely means it’s truly a new Zonda rather than an update of an existing car like it was the case with the aforementioned Riviera based on a 2005 Zonda F. By the looks of it, the latest creation from Pagani has a few things in common with the Cinque Roadster and the Tricolore.

Carrying TopCar’s logo, the new Zonda adopts an exposed blue carbon fiber body adorned with the colors of the Italian flag and a full-width side strip matched with the gold wheels. The Italian flag motif can also be noticed on the sides of that massive rear wing as well as on the carbon fiber roof scoop. Almost everything you see on the outside is made from carbon fiber, including the front fender vents and splitter, side skirts and mirrors, along with the rear diffuser. There’s more of it on the inside where it has been nicely combined with wood accents on the retro-styled steering wheel, handbrake lever, and gear knob to provide a fusion between old and new.

As to what powers Pagani’s latest gem, it wouldn’t be a true Zonda without an AMG V12, so it likely has that underneath the carbon-clad engine bay. The “standard” Cinque (if we can call it that way) offers a monstrous 670 horsepower and 575 pound-feet (780 Newton-meters) of torque in a car that weighs as little as 2,647 pounds (1,201 kilograms) before you start adding the necessary fluids.

Does this car have the same specs? We don’t know and we don’t care. Just look at it.