With a bodyshell that doubles as a battery and self-healing carbon-fiber construction, this is as far-out as concept cars get. We love it.

Smack in the middle of congested Boston, Massachusetts is far from where I imagine myself when I think about hanging out with the Lamborghini team. But however far the campus of the Massachusetts Institute of Technology may be from a mountain road or a race track, today, the future of fast cars lives here.

The Italian supercar company has partnered with some very smart folks at MIT, and the result is an all-new, wildly innovative concept car, called Terzo Millennio. Italian for "Third Millennium," the electrically propelled machine would seem to point the way forward for Lamborghini design and engineering. In fact, chairman and CEO of Lamborghini, Stefano Domenicali, called the collaboration, "an important page in the future of the super sports car for the third millennium."

Let’s get one thing straight right away, though, about that third millennium bit. The term is code for tech and design that could come to fruition in the distant future… not the next generation of Lamborghini. More on this in a bit.

The automaker has partnered with MIT for the development of advanced energy storage systems, as well as to push the envelope in terms of material science. Specifically, Professor Mircea Dinca from MIT’s Department of Chemistry and Professor Anastasios John Hart from the Department of Mechanical Engineering have lead the charge, along with Lamborghini’s R&D pros. 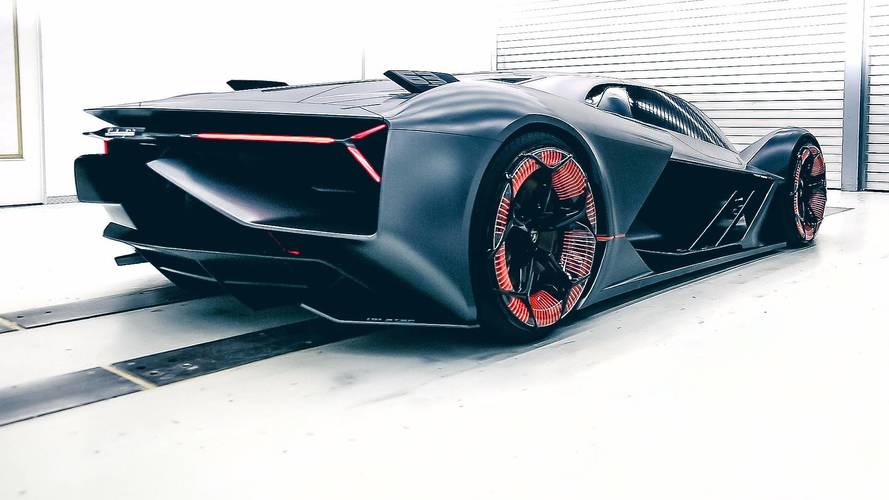 At a first glance, the results are fairly spectacular. The Terzo Millennio has been stripped to the core of a performance driving machine, with an ultra lightweight structure, totally optimized for aerodynamic efficiency, and allowing for just driver and passenger (both thrilled, no doubt). The design is brutally purposeful, similar in a way to the Aston Martin Valkyrie where non-essential space isn’t covered up with body panels, but rather exposed, granting the wind new pathways and us new sightlines. With electric motors housed in each of the four wheels, designers were freed up to work with far more of a blank canvas than would be possible with a conventional powertrain.

In fact, there’s nothing really conventional about how power is developed in the Terzo Millennio. Following on a somewhat limited use in the current Aventador, the team is proposing the use of advanced supercapacitors and energy storage built integrally into the bodyshell of the vehicle. The goal is not only very high peak power, delivered to all four wheels, but also fast recharging, effective regeneration by way of kinetic energy, and far slower degradation by way of battery aging / cycling. 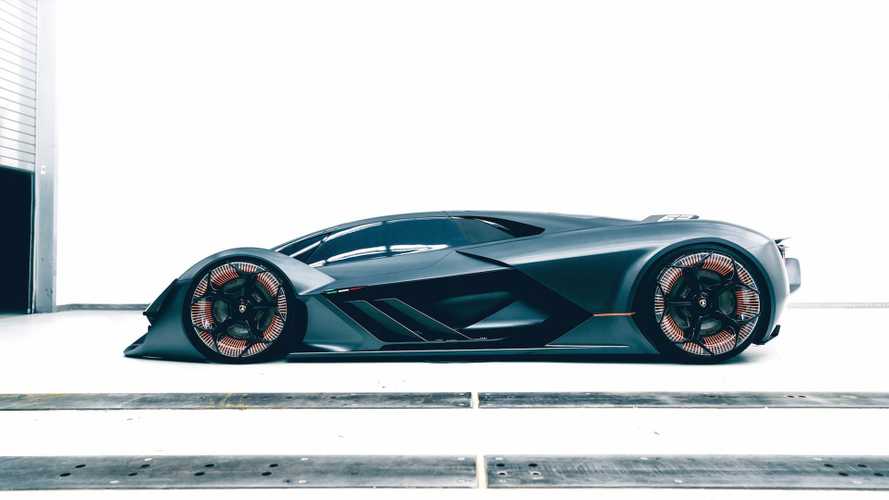 How all of this gets done becomes the really really interesting part of the concept. To put it simply, the body panels themselves become the battery, instead of some large, unwieldy, and heavy pack stuffed in the floor. The vision is powered by carbon fiber nanotubes, batteries malleable enough to be shaped, thin enough to be sandwiched between outer and inner layers (so you don’t get electrocuted), and yet able to supply the insane power demands of a four-motor EV super sports car. In addition to turning the body of the Millennia into an "accumulator for energy storage," the carbon fiber construction will help keep weight very low. That’s a high tech win win.

Of course, it’s difficult to conceive of a car built this intensively of carbon fiber, without some concern for the material cracking or breaking… an especially dire occurrence when there’s a lot of juice flowing through it. Naturally Lamborghini and MIT are developing an answer here, too: let the CF "heal" itself.

The car is said to be able to self-monitor the whole of its carbon fiber structure and detect any cracks or damage therein. Should any fractures be detected, "micro-channels filled with healing chemistries" will proactively repair the structure. Not only is this concept rather mind-blowing, but when you tease it out, the possibilities become fascinating. As Lamborghini points out, this tech allows for confidently using carbon fiber for "high-fatigue" parts, meaning weight savings in regions usually reserved for heavier, more durable materials. 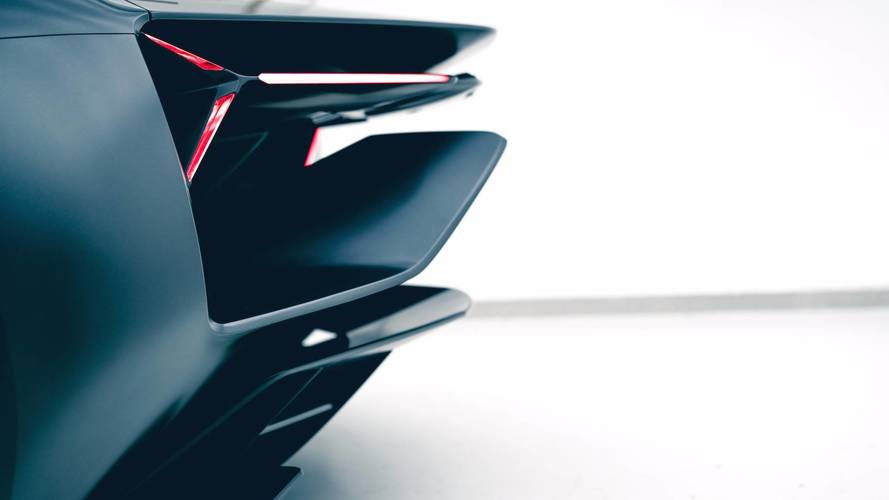 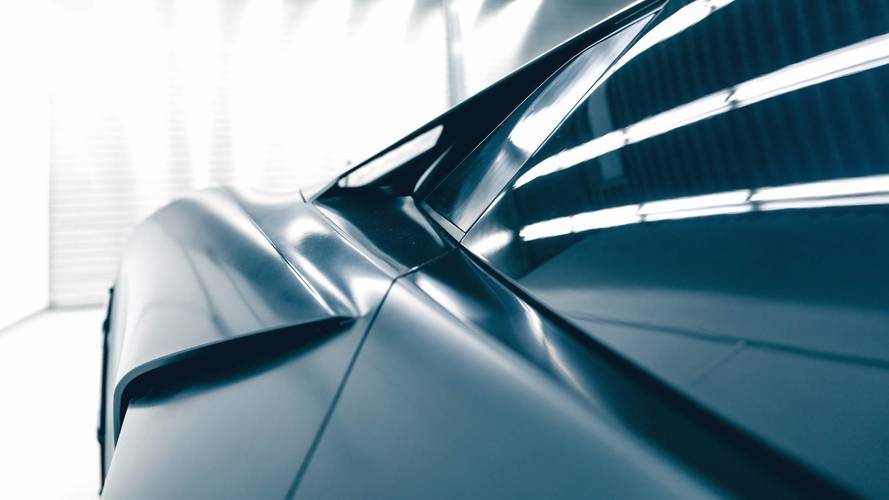 The Terzo Millennio is what happens when some of the world’s finest engineering minds are given a blank slate to design the supercar of the future. It is not a close representation of an actual future model.

As company CTO, Maurizio Reggiani responded to the inevitable question about timeline, "I cannot tell you when … there are some components that are closer to industrialization than others." In other words, much of what’s being worked on in a lab here in Boston will be applied to future road cars, but perhaps not just one car, all at once.

What is clear, after seeing the wild Terzo Millennio and listening to the passionate Italians, is that the future of the super sports car is electric.