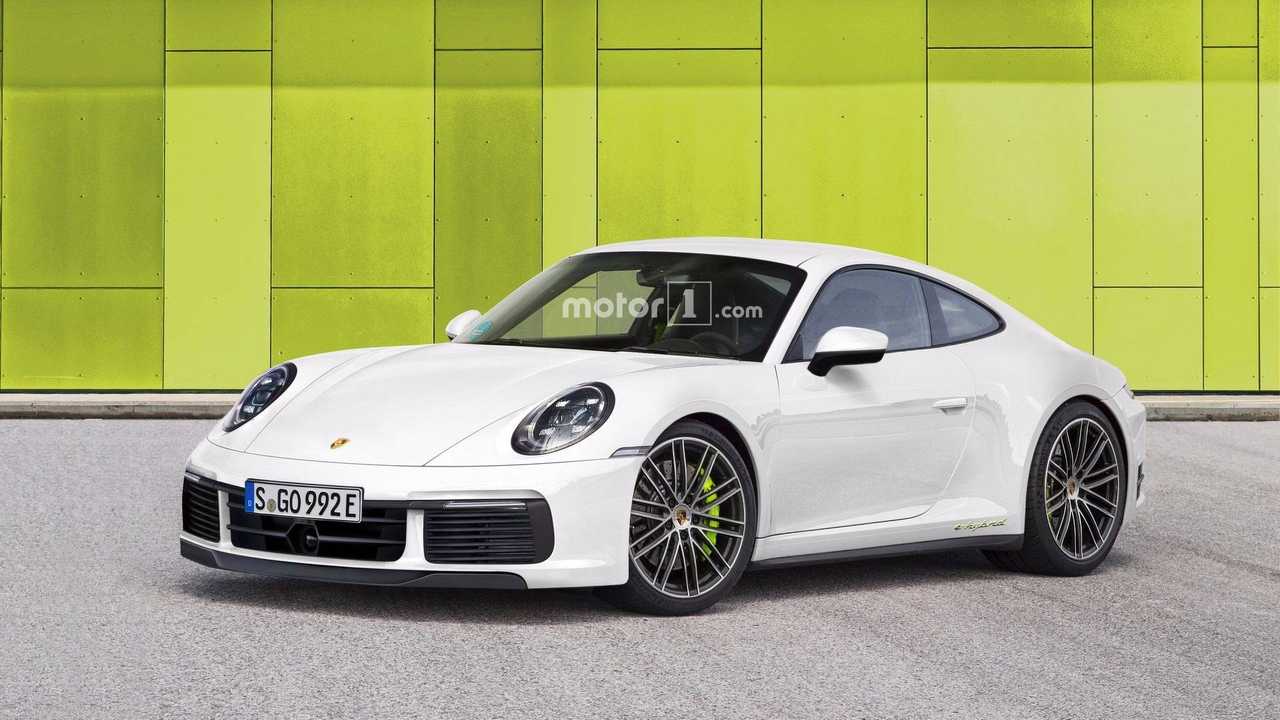 The Porsche 911 is an icon – but even the most iconic vehicles can be the subject of transformation from time to time. In this case, Porsche may opt to fit the 911 with a hybrid powertrain, which may not sit will with some Porsche purists. Nonetheless, it’s going to happen, and in anticipation we’ve pieced together a few renderings of the proposed Porsche lineup that could help ease your worry.

This is what the new Porsche 911 could look like based on what we’ve seen in spy photos, and heard of early rumors. Alongside the hybrid version, the Carrera S, Turbo, and Cabrio have all been rendered, and each come with a few distinctive new cues on top of the overall familiar body.

All in all, the design doesn’t stray much from the current styling. The Porsche 911 will expectedly retain its iconic look, apart from a few modest updates to the front bumper, hood, and rear. The hybrid 911 – pictured above in white – borrows a few styling cues from the Panamera Hybrid, as well as the Mission E, particularly the highlighter green accents on the brakes and badging.

The 911 Turbo perhaps gains the most in the way of updates (right). The hood now incorporates a larger scoop, while the front fascia opens up with two large vents to further aid in airflow. New wheels and a slightly larger rear wing finish off the package.

The standard Carrera S and Cabrio gain the same updated fascia and grille, though are toned down significantly from the Turbo model. New wheels can also be pictured, along with some modest updates to the rear. Porsche hasn’t said when the new 911 will make its official debut, but we expect to see the updated sports car – and the new hybrid model – in the upcoming months.