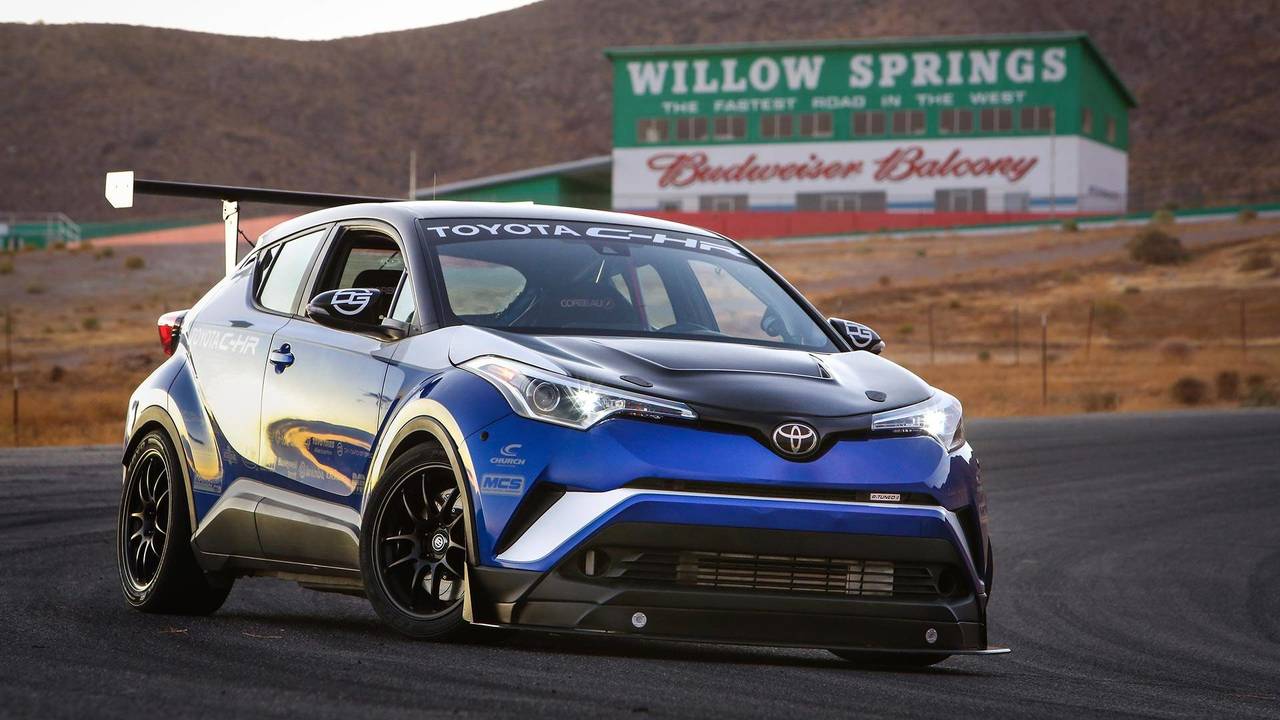 It ain't called the "world's quickest SUV" for nothing.

The new Honda Civic Type R holds the current front-wheel-drive Nürburgring lap record with a time of 7 minutes 43.80 seconds, which it set back in April. But even without true a hot hatchback in its lineup – excluding the limited new Yaris GRMN – Toyota believes that its 600-horsepower (447-kilowatts) C-HR that debuted in SEMA could beat that record.

If it were up to Dan Gardner, head of the tuning company behind Toyota’s R-Tuned C-HR, the SUV would be heading to the ‘Ring tomorrow. The company calls it the "world's quickest SUV," and we have reason to believe them. Already the super-SUV has recorded a 1-minute 25.22-second lap time at Willow Springs Raceway, making it faster than the Lamborghini Aventador, the Porsche 911 GT3, and others around the track.

"The car was built for SEMA and Toyota has no plans for it from now on," said Gardner in an interview with Autocar. "But it’s the real deal. Personally, it would be a dream to take it to the Nordschleife. I have no doubt it could set the front-wheel-drive record there."

The R-Tuned C-HR in question comes equipped with a 2.4-liter Toyota 2AZ-FE engine fitted with a DG-Spec Garrett turbocharger. Combined the engine produces 600 hp (447 kW), and is able to sprint to 60 miles per hour (96 kilometers per hour) in just 2.9 seconds paired to Toyota’s E-Series five-speed manual gearbox. An adjustable front splitter and rear wing combine for around 300 pounds (136 kilograms) of downforce.

Question is: will Toyota actually take the C-HR to the Nurburgring? It seems unlikely. Gardner himself admits that following the R-Tuned C-HR’s showing at SEMA, the company has "no plans" for the SUV moving forward. It seems as though the Civic Type R’s Nürburgring record will live on for another day.