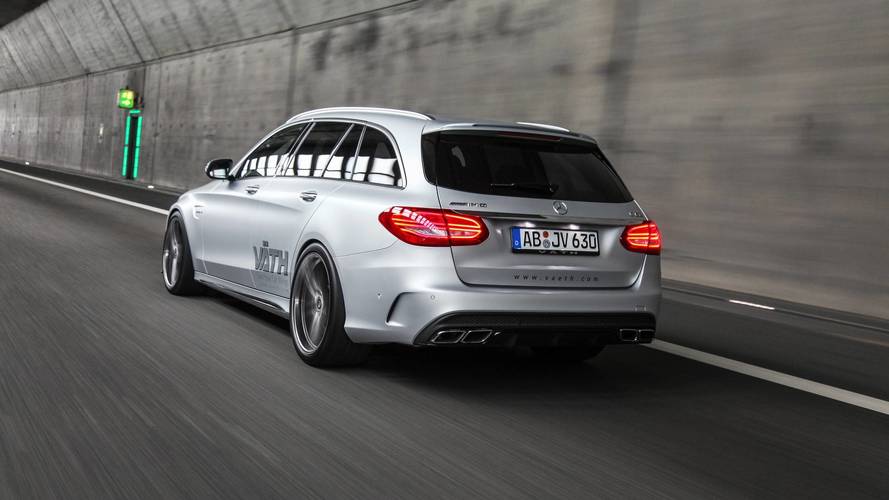 It may seem like a fairly standard Mercedes-AMG C63, but looks can be deceiving in the fascinating world of tuning. VÄTH from Germany is the “culprit” for giving the already fast and powerful wagon a set of wings by squeezing every last drop of power from the biturbo 4.0-liter V8 engine. Indeed, most of the magic has occurred in the engine bay where AMG’s engine has been taken to formidable output levels.

While a standard C63 S has to make do with “only” 510 horsepower and 516 pound-feet (700 Newton-meters) of torque, VÄTH’s latest pet project can unleash a monstrous 700 hp and no less than 664 lb-ft (900 Nm). With the power kit in place, the high-performance hauler from Mercedes will do 0-62 mph (0-100 kph) in just 3.3 seconds, thus making it substantially quicker than a standard C63 S Estate that needs an extra eight tenths of a second.

There’s more to this C63 Estate than its power pack (€12,800 / almost $15,000) as the tuner has a custom exhaust system providing a raspy soundtrack for those willing to pay €3,440 ($4,000). You can ask them to add other miscellaneous items, such as a suspension lowering kit, upgraded brakes, and those 20-inch alloy wheels available as a complete set with Continental tires for €3,050 ($3,500). Rounding off the upgrades is a subtle carbon aero pack consisting of a front spoiler and a rear diffuser, while a roof-mounted spoiler is currently in the works.

Photos of the interior cabin have not been released, but VÄTH says it has new floor mats and a speedometer that has been dialed to 360 kph to better reflect the C63 Estate’s newly gained capabilities. However, the modified speedo will cost you extra as it’s listed with a rather hefty price tag of €2,130 ($2,500).

Doing the math, a brand new C63 S Estate with all of the tuner’s upgrades costs almost as much as an E63 Estate, so we would just stick with the power upgrade or spend a bit more for the bigger brother. 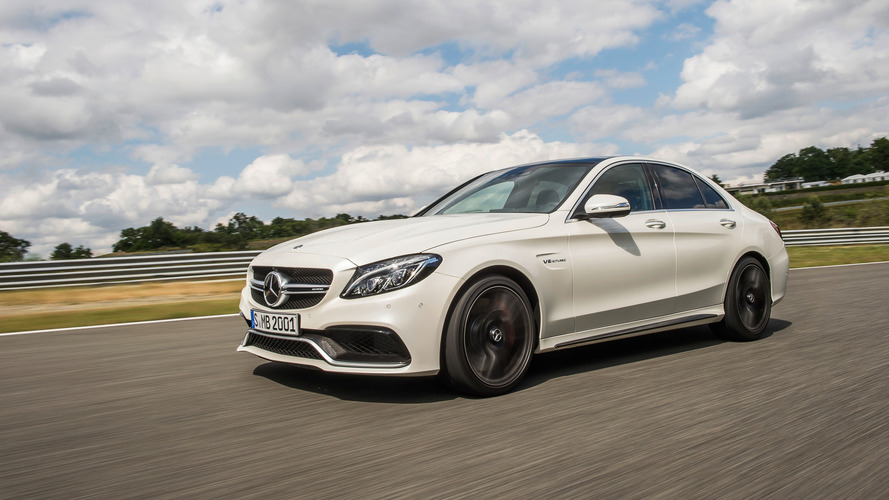 A MASTERPIECE by VÄTH: THE CONVERSION OF A C 63 AMG

Indeed, it previously occurred at VÄTH – the specialists for automotive and engine technology located in Hösbach, Lower Franconia: a Mercedes-Benz C 63 AMG T-model were converted - or in other terms – were tuned. Well, just another proof that even the good is still improvable.

The experienced VÄTH team implanted an in-house tuning-kit V63RS Export into the bolide for 12.800 Euro. It implies the individual fine-tuning of the engine electronic with Vmax boost, as well as the VÄTH turbocharger including a new downpipe and a VÄTH oil cooler for the engine and transmission.
The procedure lures 513 kW, as well as 700 PS and 900 Nm of torque out of the almost 4 liter displacement and grants a Vmax beyond 340 km/h. A sprint from 0 – 100 km/h is achieved in 3,3 seconds.

The VÄTH V 63 RS has its very own distinguished sound. Because of the valve exhaust system, the driver can choose between a meaty bubbling V8 bi-turbo or a regular V8 – simply by pushing the button. The tail pipes are available in the typical VÄTH look (oval shaped tail pipes in 115x85 mm, flanged tail pipe brims). The fee for this sound experience amounts to 3.440 Euro.
Because of the lifted performance values, the V 63 RS almost demands the VÄTH brake system optimization with braided stainless steel brake lines and sport brake pads – altogether with racing brake oil for 890 Euro.

In addition, the VÄTH crew installed a thread lowering kit (from 20 to 40 mm for 690 Euro). The kit provides a sporty, but always comfortable and save driving experience - enabled in conjunction with the original AMG Ride Control.

In order to bring this mighty power onto the road, VÄTH mounted its light alloy wheels V2_GT – each with five double spokes – to emphasize the sporty ambitions of the vehicle.
Each 680 Euro become due for the front axle in the dimensions 8,5 x 20 with 255 and 285 Conti tires, and for the concave design of the rear axle in 10,0 J x 20 each 720 Euro. Another 250 Euro will show up on the bill for the attachment kit of the rims.
The VÄTH-carbon package for 1.980 Euro includes a front spoiler to improve the aerodynamic and a rear diffusor. The roof spoiler lip is under preparation as we speak!

The VÄTH-team installed a speedometer with scale enhancement up to 360 km/h in the interior for 1.980 Euro plus 150 Euro for the installment. Finally, the set of stylish floor mats made of heavy duty, black velour with the silver VÄTH-logo for 190 Euro is worth mentioning. [All prices herein are quoted before value added tax.