This Is How Secret Service Transports Trump's "The Beast" To Asia 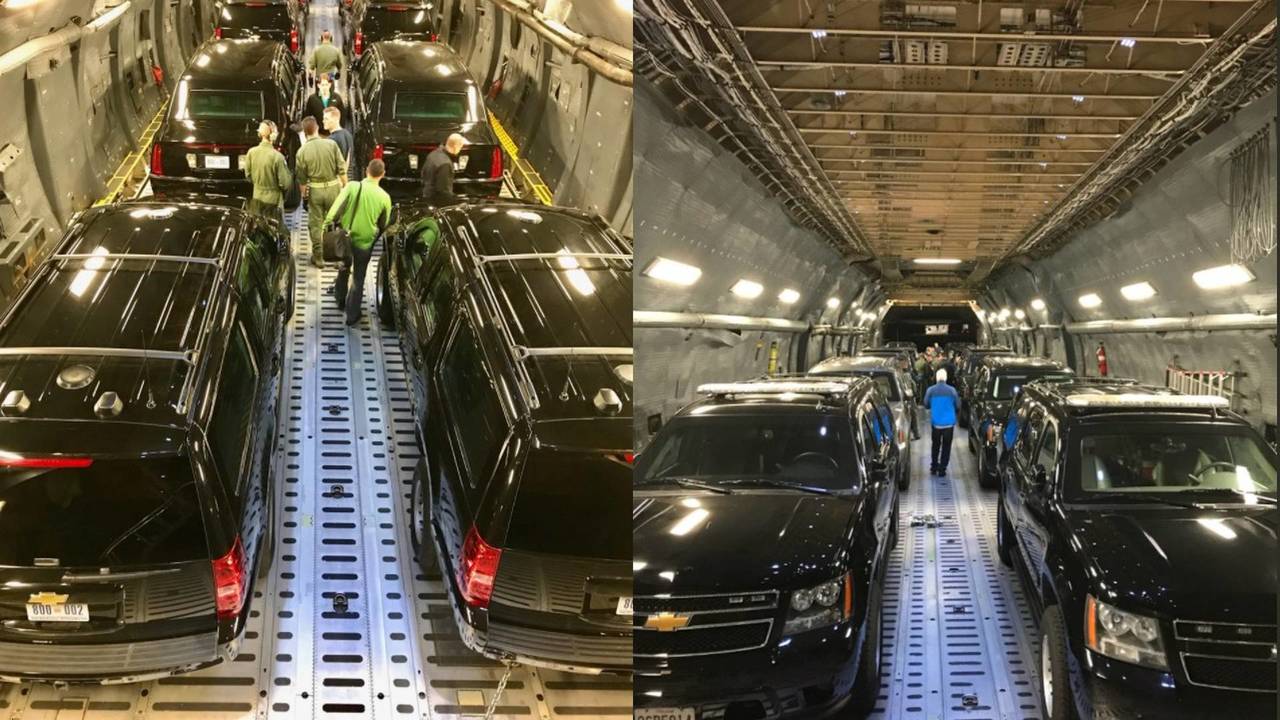 Meanwhile, the U.S. President criticizes the Japanese automakers for not producing cars in America.

U.S. President Donald Trump is on a 12-day Asian trip, which will include China, Japan, South Korea, Vietnam, and the Philippines. The most ambitious tour on the continent for any American leader in more than a decade, according to specialists, started with what is described as "a friendly golf game" with Japanese Prime Minister Shinzo Abe.

Over the weekend, the Secret Service twitted two quite interesting photos, revealing how it is transporting the President’s fleet of armored vehicles to the destinations he is visiting. The pictures show the cars loaded on a C-17 Globemaster transport aircraft.

Among the vehicles is "The Beast," Trump’s official state car produced by Cadillac. It’s the same limousine that served his predecessor President Barack Obama and is built upon a medium-duty truck platform. The Cadillac One went into service in January 2009 and it’s speculated that the White House has no less than 12 copies of it.

More About The Beast:

Also, it’s rumored that due to its weight, the limo can reach a maximum speed of only 60 miles per hour (97 kilometers per hour) and returns an average 3.7 to 8 miles per U.S. gallon (approximately 29 to 64 liters per 100 kilometers).

Currently, Cadillac is working on the successor of the presidential limo, which will retain most of its exterior design elements, but will gain the brand’s new grille and trademark vertical headlights that seem to draw inspiration from the CT6 sedan.

As for Trump’s Asian trip, the U.S. President is already making the headlines in the second day of the tour by saying that the Japanese automakers need to produce vehicles for the American market in the United States “instead of shipping them over.” However, about 75 percent of the Japanese-brand cars sold in the country are actually built in North America and the Japanese companies are operating at least 26 manufacturing plants and 36 research and development facilities in the U.S.