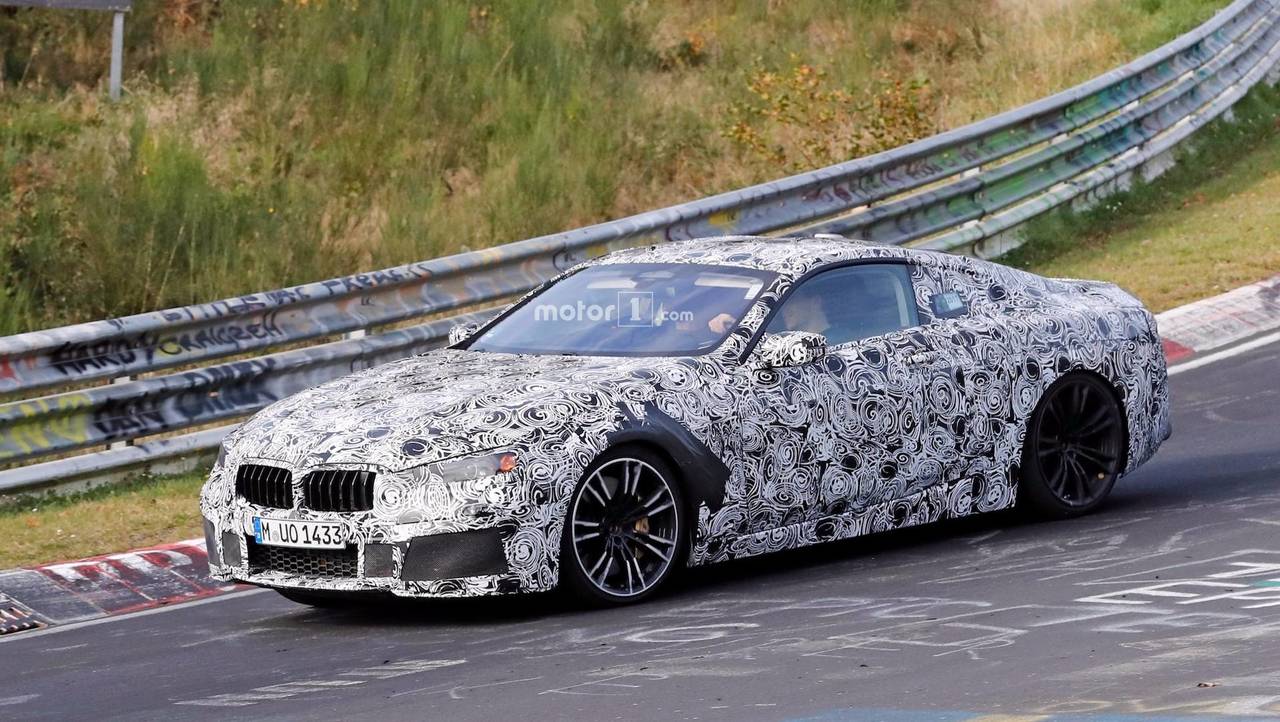 The anticipation is killing us.

We’re so close to the debut of the new BMW 8 Series we can almost taste it – but don’t go licking your computer screens just yet. The Bavarian automaker is still making sure that its upcoming new 8 Series lives up to all the hype, particularly on the track where the hotted-up "M" model was recently spotted testing.

Our spy photographers caught up with the performance-focused 8 Series once again on the Nürburgring, this time giving away a few more telling clues as to its final design, including in the cabin. The front fascia is now more pronounced, and the dual kidney grilles hide what we hope is a 4.4-liter biturbo V8 churning out upwards of 600 horsepower (447 kilowatts).

New wheels, which look to be production ready, new taillights, which are mostly covered up by camouflage, and an aggressive new diffuser are all distinguishable. This particular prototype adopts a set of quad exhaust tips, further providing proof of its performance credentials. Upgraded brakes, suspension bits, and gearbox enhancements are all expected in the transition from the standard 8 Series to the hardcore M8.

Alongside the 8 Series and the more potent M8, the new BMW will also gain a mid-range M Performance package. Similar to what we’ve seen on cars like the M235i, the 8 Series M Performance will be a light M-tuning package that will include a few visual cues, and possibly some slight tweaks to the engine.

The BMW M8 will make its world debut in the GTE spec at the upcoming Rolex 24-hour race this January at Daytona International Speedway. The automaker has yet to give an official release date for the production 8 Series, but expect the coupe to make its debut sometime early in 2018, with sales kicking off later in the year. Those in the market for an M8 will have to wait a bit longer – the performance coupe isn’t expected to make its debut until at least 2019.