Which Livery Looks Best On The Aston Martin Valkyrie? 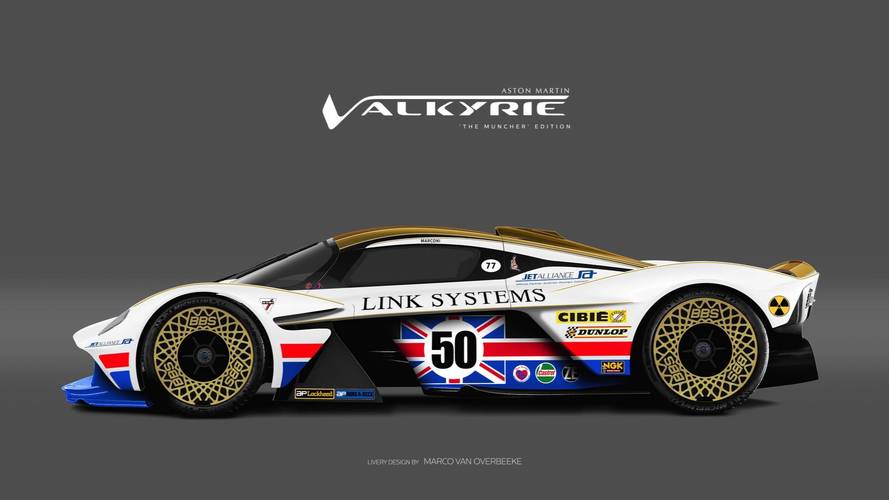 Maybe you're a fan of the classic Gulf look, or the more modern Aston Martin Racing scheme.

The Aston Martin Valkyrie is a car that needs no introduction… but we’ll give it one anyways. Developed together with the Red Bull Formula One team, the Valkyrie comes powered by a 6.5-liter Cosworth V12 good for at least 820 horsepower (611 kilowatts). Given its obvious F1 ties, one designer thought it only necessary to deck out the hypercar in a few appropriate liveries.

Marco Van Overbeeke, an automotive designer and rendering artist that we’ve featured previously on Motor1.com, has come up with a handful of creative new looks for the Valkyrie. First up is the a proposed signature livery for the track-only Valkyrie, which he dubs the AMR. Just 25 examples of the track-only Valkyrie will be available to buyers, and if it looks anything like the renderings pictured here, we doubt the company will have a hard time finding buyers.

Next up is the "Valkyrie Red Bull Racing Formula One Team Special Edition." Lengthy name aside, the hypercar looks especially handsome in Red Bull F1’s signature styling cues with red and yellow accents throughout. The Red Bull logo is displayed prominently on the door panel, and is seen here in a range of unique color options, including the standard blue, and even British Racing Green.

Other liveries proposed by the artist includes an Aston Martin Racing and WEC victory-inspired look, pictured below in a two-tone green finish, as well as the iconic light blue and orange Gulf livery, and even the strikingly beautiful DBS V8 "Muncher"-inspired design, which wears the handsome red, white, and blue paint with gold BBS wheels. The DBR1, the DB3S, and even the first Aston ever built – the Coal Scuttle – even receive unique liveries.

In total, more than 20 different unique looks have been applied to the Valkyrie by the artist – and we’d take home every one of them if we could. All of them can be seen in the gallery below, which encompasses more than 40 photos. Question is: which one (if any) would you like to see on Aston Martin's upcoming new hypercar?