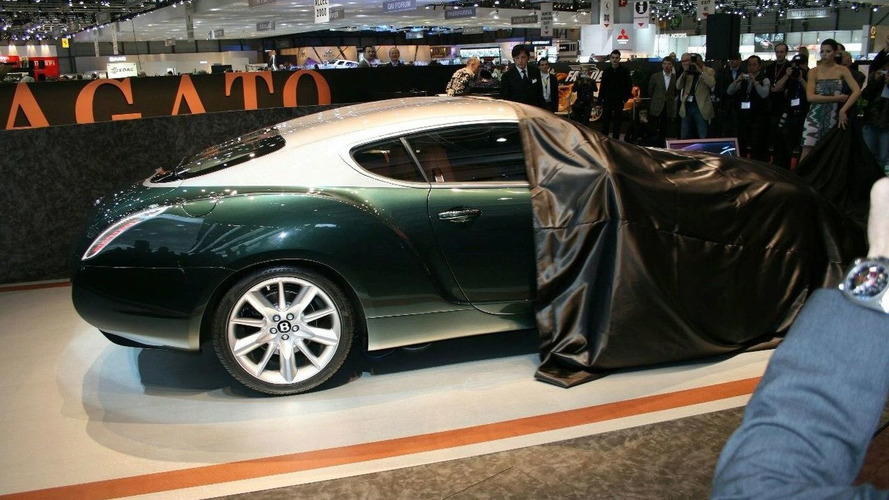 Born after a Pebble Beach conversation, the new coupe, which will probably have a limited series, shows the world the Italian masters of design are more necessary now than ever before.

In times where mass-production cars are considered to be the only alternative to future of the automobile, Italian carrozieri keep teaching us all a little more on elegance and style. Although not all lessons are worth paying attention to, such as the family struggle that may kill Bertone, there are some that are worth waiting for. This is the case with Zagatoâ€™s last creation, the Bentley GTZ .

Based on the Bentley Continental GT Speed, the GTZ will very likely be produced in limited series, although neither Zagato nor Bentley have disclosed the details. In fact, this limited-production run can only be supposed by one of the last sentences in the press release below, which mentions that the carâ€™s attributes will make it be a â€œspecial limited-production modelâ€. So be it, and be it quick!

As Zagato usually does it, changes are subtle and, at the same time, deeply strong. Just check out the GTZ front fascia, which reminds the Bugatti Veyronâ€™s. It may not be well known to the public, but Bugatti dealers are usually associated with Bentley because the British automaker is a â€œhigher volumeâ€ manufacturer, according to what a Bugatti representative has once told us. Far from inappropriate, the new grille has its reasons.

Apart from the front end, the rear is really what makes this special Bentley deserve the Z in the end of its name. It begins with the typically Zagato roof top, which seems to reserve a space for the driver and another one to the passenger, with a little depression that suggests both â€œterritoriesâ€ inside the car. The taillights are really gorgeous and still define a Bentley, but leave no doubts this car has been touched by Italian masters. If only each and every car in the world would have that luckâ€¦