More Potent BMW 7 Series And X5 Hybrids In The Works 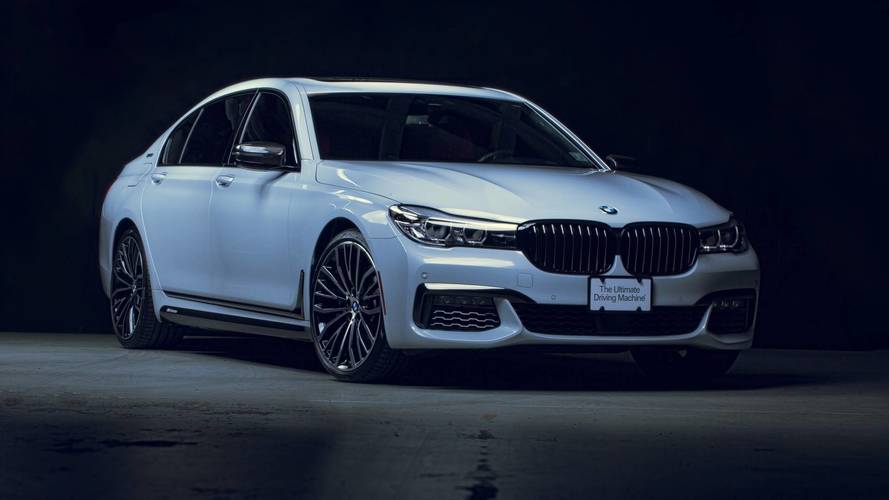 Rumor has it next year we'll see a new 745e model along with an X5 xDrive45e.

The BMW 740e was originally unveiled in February 2016 and it seems it’s going to have a very short life cycle if we were to rely on a new report. The plug-in hybrid fullsize sedan currently being displayed by BMW at SEMA with an array of M Performance parts will allegedly be retired as early as next year to make room in the lineup for a new 745e. Technical specifications are not available at the moment of writing, but BMWBlog reports the improved version will not only have more power, but also an extended range in electric mode.

As a refresher, the current 740e combines a turbocharged 2.0-liter four-cylinder engine rated at 255 horsepower with an electric motor good for 111 hp. With the power of the two combined, the electrified 7 Series provides a total of 322 hp and 369 pound-feet (500 Newton-meters) of torque. That’s enough for a swift acceleration to 60 mph (96 kph) in 5.1 seconds before topping out at 130 mph (209 kph).

We are not expecting these numbers to go through any drastic changes for the 745e, but any improvement is more than welcome, especially when it comes down to the current electric range of just 14 miles provided by the 9.2-kilowatt-hour lithium-ion battery pack.

As far as the other plug-in hybrid, the X5 xDrive40e was introduced in March 2015 with 308 hp and 332 lb-ft generated by the same combo: 2.0-liter gasoline engine with electric motor. It takes 6.5 seconds to do the sprint and will max out at the same 130 mph. The plug-in hybrid SUV also utilizes a 9.2-kWh battery with enough juice for 14 miles.

Again, don’t expect the xDrive45e to be a vast improvement over the existing version.

The report doesn’t mention whether the upgrades will be reflected in the starting price of the two plug-in hybrids. The existing 740e can be had in the United States from $90,700 MSRP while the X5 xDrive40e retails for $63,500. Their replacements are slated to arrive in the second half of 2018.