The M2 Competition will allegedly replace the regular M2.

We’ve been sharing spy images of the M3 CS for a while now and it seems the wait is almost over as the last hurrah for the current 3 Series generation will debut very soon. Sources close to BMW have told our friends at BMWBlog the meaner version of the performance sedan is going to be shown this November. These people were likely referring strictly to an online premiere of what will be a limited-edition car in the same vein as its two-door counterpart, the M4 CS.

You won’t need a crystal ball to have a pretty accurate understanding of the specs sheet as all you have to do is check out the aforementioned M4 CS. The six-cylinder engine will probably be dialed once again to 460 horsepower and 442 pound-feet (600 Newton-meters) as seen in the M4 CS from where the M3 CS will also inherit the carbon fiber vented hood and front spoiler lip. A prominent spoiler at the back will be a part of the aero pack set to also include a new diffuser. We’re also expecting to see those nifty OLED taillights and the same 19-inch front & 20-inch rear alloy wheel set borrowed from the coupe. 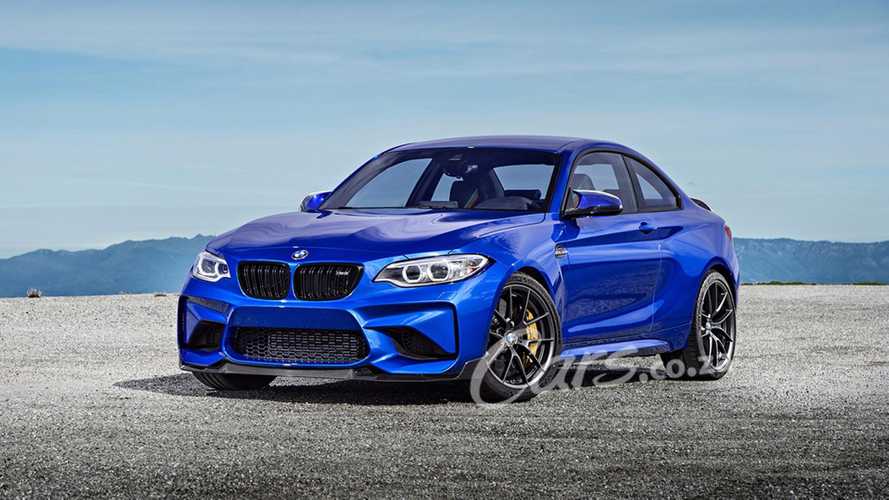 In other news, the regular M2 will be dropped from the lineup beginning with June 2018 when BMW will allegedly introduce the more potent M2 Competition speculatively rendered above. Rumor has it the sporty coupe will get the M4’s engine, but de-tuned to somewhere in the region of 405 hp and almost 369 lb-ft (500 Nm). Purists can rejoice as a six-speed manual transmission will be available alongside an optional seven-speed, dual-clutch automatic.

Aside from making the switch to a beefier engine, the M2 Competition is slated to get an aero pack and some other upgrades, such as a further tweaked chassis, stiffer suspension setup, and maybe go through a diet as well. New Silver Hockenheim and Sunset Orange paints will join the existing colors like Long Beach Blue, Black Sapphire, and Alpine White.