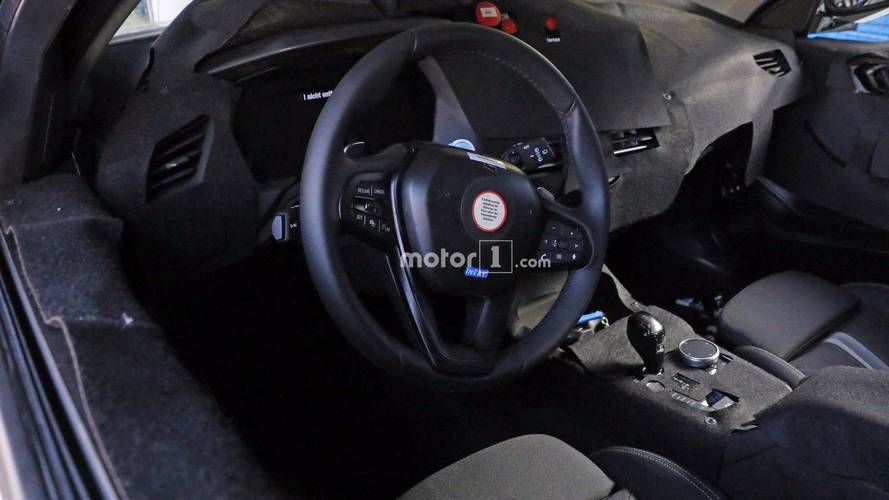 It's also getting an electric handbrake.

It was only yesterday when the all-new Mercedes A-Class was spotted camo-free and now its archrival from Bavaria has been caught by the spy camera as well. It’s still wearing a comprehensive amount of disguise, but thankfully at least we are able to have a look inside its revamped cabin. Some big changes are being prepared for the next generation, with the most obvious being the switch from analog dials to a fully digital instrument cluster. It’s too early to know for sure whether it will be standard equipment across the range or if the lesser trim levels will still feature an old-school setup.

Beyond that, the infotainment screen will be repositioned slightly lower on the center console and it will be almost in line with the instrument cluster. By moving the iDrive display lower, the air vents will consequently sit lower as well on the center console. Other notable modifications made by BMW include the shiny new and slightly smaller gear shifter for the automatic transmission as well as the button for the electric handbrake set to replace the traditional lever.

Although we can’t see the rear seats, expect additional legroom as a result of switching to a front-wheel-drive platform and also due to a bump in size. These changes should also create a bigger trunk and some are saying BMW will sell the new 1 Series exclusively with five doors as a result of lower demand for three-door models. Speaking of which, the next iteration of the Audi A3 might lose this less practical body style as well.

Besides losing its RWD layout and three-door configuration, BWM’s entry-level model will also drop the six-cylinder engine as the already spied M140i will embrace downsizing by getting a turbocharged four-cylinder engine with a 2.0-liter displacement. To get an idea about what sort of engines will be available, all you have to do is look at the 2 Series Active Tourer & Gran Tourer MPVs as well as the Minis as all these cars are sharing the UKL platform.

A thrifty 125xe is likely being planned with a turbocharged three-cylinder 1.5-liter gasoline engine teamed up with an electric motor taken from the soon-to-be-facelifted 225xe where the plug-in hybrid powertrain develops a combined output of 224 horsepower (165 kilowatts) and 284 pound-feet (385 Newton-meters) of torque.

Let’s not forget the 1 Series is technically already on a FWD architecture as the sedan (pictured above) is based on the UKL hardware, but the model is sold exclusively in China, with contradicting reports about a broader availability.

As to when we will get to see the third-generation hatchback, our money is on a reveal in the second half of 2018.