ABT And Vossen Team Up For A Mean-Looking Audi Q7 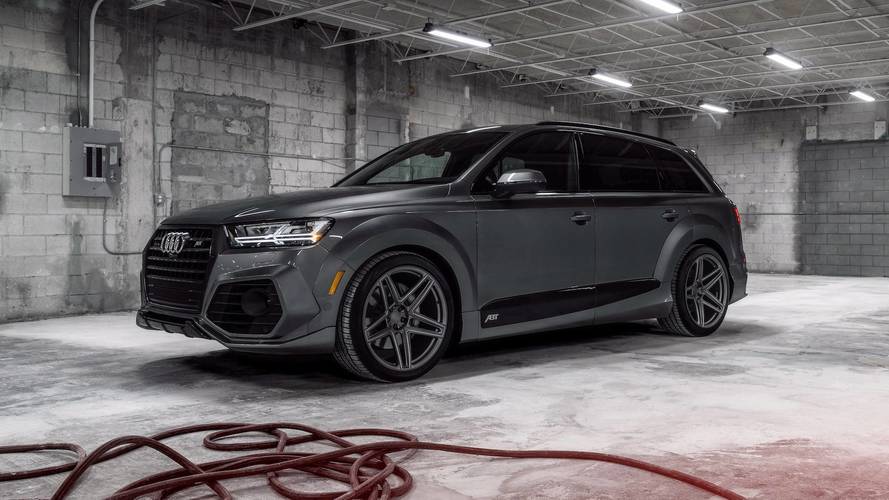 Just 10 examples will be built.

The Audi Q7 is a sharp yet subtle-looking SUV. It doesn’t have the same aggressive personality as say the Jeep Grand Cherokee, nor the outright beauty of the Range Rover Velar. Thankfully, ABT and Vossen have come up with a solution. The two shops have equipped the luxury SUV with a visual package, both inside and out, that adds some much needed aggression to the normally sedated Q7.

Dubbed the Audi Q7 ABT Vossen, the SUV is fitted with a custom wide-body kit that includes front skirt and fender extensions, an updated rear diffuser and exhaust tips, a rear wing, and a even door strip attachment for added measure. The package is finished in a sleek Stealth Grey finish with black accents throughout.

Riding on matching 22-inch Stealth Grey Vossen wheels – a set of forged five-spoke fitments, to be exact – they were designed exclusively for this package. To further enhance the stance, ABT level controls drop the ride height by up to 0.8 inches (20 millimeters).

Inside, the Audi Q7 also gets plenty in the way of visual enhancements. The dashboard and door sills feature a "1/10" custom badge, signifying the aftermarket SUV’s rarity. The front and rear seats have be covered in Alcantara and ABT logos, with select carbon fiber upgrades for the dashboard, seats panels, and even a gearshift knob also present.

As the badge would suggest, just 10 examples of the Audi Q7 ABT Vossen will be built and delivered worldwide, though no pricing options were listed. The first example, pictured here, is currently on display at the Mandarin Oriental in Las Vegas from now until November 3.