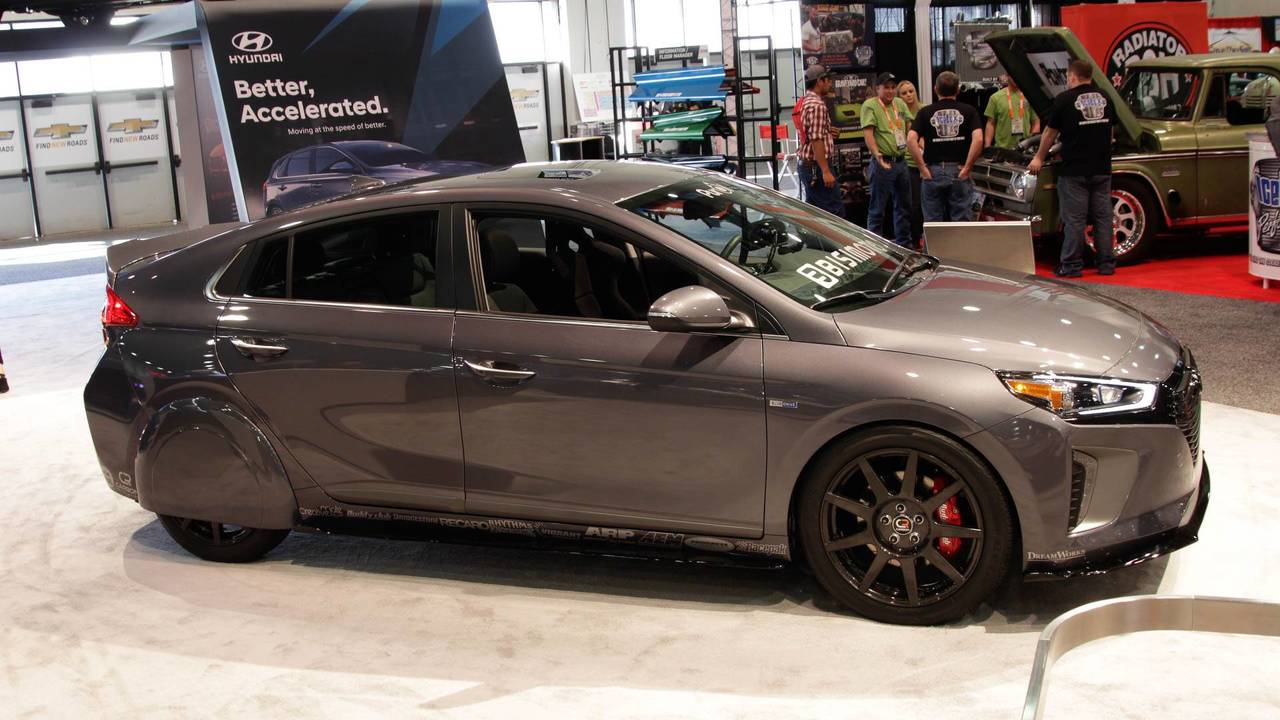 This modified Ioniq Hybrid is claimed to exceed 80 mpg.

These days when a tuner boasts of giving a car a number starting with “8,” the number in question might not be 800 horsepower but 80 miles per gallon. Bisimoto Engineering, known so well for high-horsepower builds, this year went full-hypermiler with the Hyundai HyperEconiq Ioniq concept.

Bismoto was clearly very successful in its goal of seeing how much more efficiency could be extracted from the already thrifty Ioniq; the EPA rates the stock Ioniq Hybrid at 55 mpg combined, or 58 mpg combined if you buy the special Ioniq Blue version. In runway tests, Bisimoto says it managed as much as 83 mpg at times.

Much of the fuel-efficiency improvement came from aerodynamic upgrades. Bisimoto enclosed the Ioniq’s rear wheels, installed a new front splitter, and bolted on side skirts and a subtle wing to smooth our airflow. Then the car was lowered on Progress Performance coilovers to further help aerodynamics.

Next up was an attack on all sources of friction. A custom suspension alignment is intended to reduce rolling resistance, as are the Bridgestone Ecopia tires. Under the hood, Bisimoto filled the engine with PurOl Elite synthetic oil.

While it’s safe to say we probably won’t see an Ioniq with enclosed rear wheels in a Hyundai dealer anytime soon, this HyperEconiq is a reminder that engineers and tuners alike still have plenty of tricks up their sleeves for improving fuel economy. It’s also very much a sign of the times; at the 1997 or even 2007 SEMA shows, it might have been inconceivable that a tuner would expend efforts not to double or triple a car’s horsepower rating, but to make it sip fuel even more efficiently. 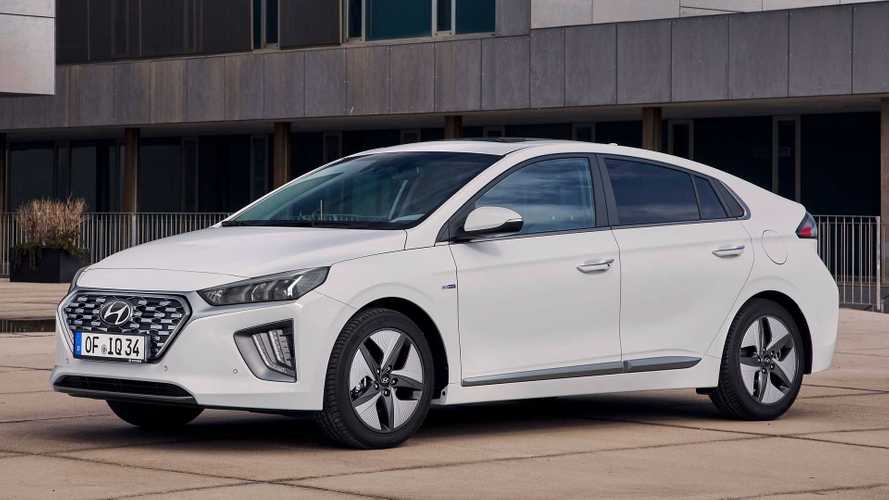