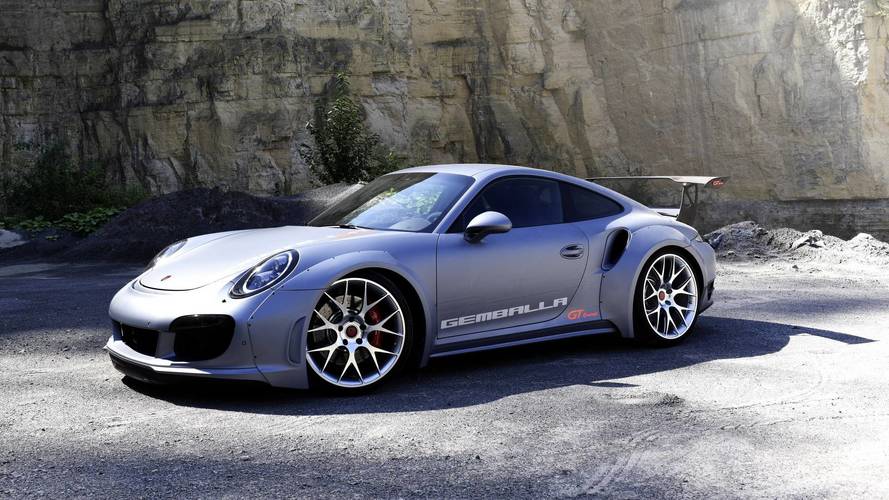 It wasn’t that long ago when Gemballa infused 828 horsepower into a Porsche 911 Turbo and now it has done it once again, but with a wide body twist. Debuting at SEMA this week in Las Vegas, the GT Concept features fender extensions broadening the front axle by 30 millimeters (1.18 inches) and the rear axle by no less than 50 mm (1.96 in.)

Thanks to the wider hips, the high-performance coupe born in Stuttgart and tweaked by Gemballa in Leonberg can now accommodate bigger 21-inch forged wheels allowing the Nine Eleven to send a more look-at-me vibe. But it’s the massive all-carbon wing at the back that catches most of the attention and it’s part of a comprehensive aerodynamic kit that also includes new bumpers, side skirts, and a carbon rear diffuser.

The main highlight of the ambitious Porsche project is represented by the reworked biturbo 3.8-liter boxer engine no longer producing the standard 540 horsepower (397 kilowatts) and 710 Newton-meters (523 pound-feet) of torque available in the regular 911 Turbo. Gemballa has worked its magic on the rear-mounted six-cylinder engine to squeeze a whopping 828 hp (609 kW) at 7,000 rpm and an equally impressive 952 Nm (702 lb-ft) from 5,200 rpm.